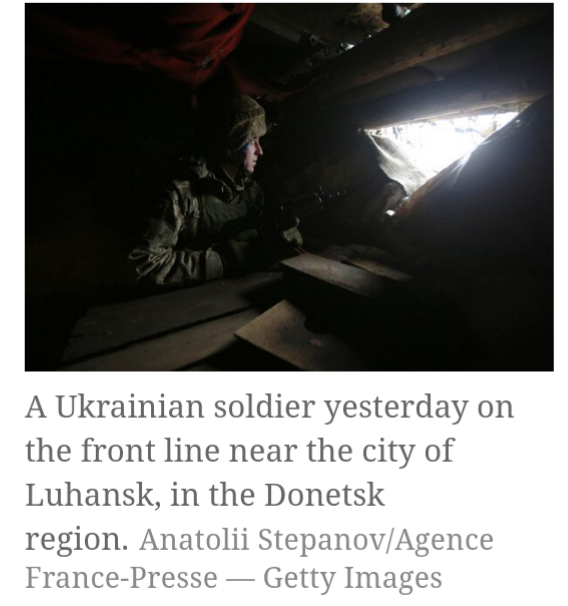 After talks with the U.S., Russia will meet with NATO today, followed by further talks with the Organization for Security and Cooperation in Europe on Thursday. The O.S.C.E. talks will include Russia and Ukraine, the first recent meeting to bring in both countries. Ukrainian analysts predict that Russia will not offer any concessions.

Ukrainian politicians are deeply skeptical of Moscow’s assertion that it has no intention of invading, given the almost 100,000 troops near the Ukrainian border. Preparing for the possibility that the talks will break down, the country has been pursuing a parallel track of diplomacy with Russia focused on resolving the eight-year-old conflict in eastern Ukraine.

The contradictory, sometimes menacing messages from the Kremlin have stumped Western officials and Russia experts, including some who make a living from decoding Vladimir Putin’s intentions. “The expert opinion that I can authoritatively declare is: Who the heck knows?” Fyodor Lukyanov, a Russian foreign-policy analyst, said.

Latest on the border: Russian and Belarusian jet fighters carried out joint flights near Ukraine, and Russia’s western military district announced a live-fire exercise with 3,000 soldiers.