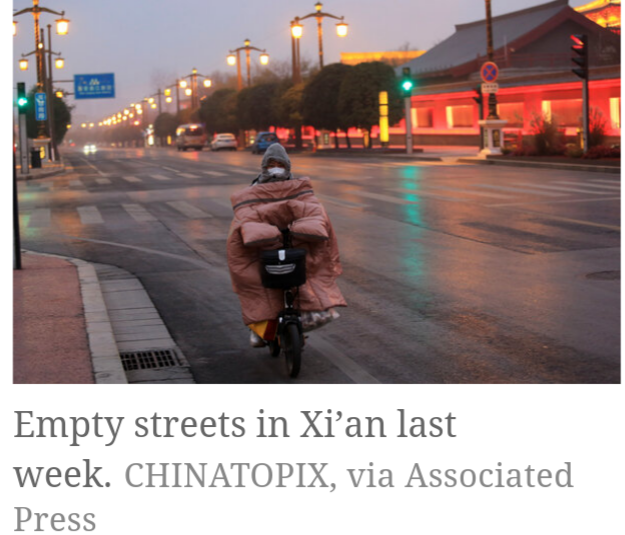 China’s “zero Covid” policy, which involves efforts to eliminate the virus from the country altogether, is carried out by millions of people who work diligently toward that goal, even at the expense of people’s lives, well-being and dignity.

China’s early authoritarian policies to combat the coronavirus seem to have emboldened officials. Many now believe that they must do everything within their power to ensure zero Covid infections, since it is the will of their top leader, Xi Jinping. In some cases, their actions have had tragic consequences, with people being denied health care or being beaten for seeking food.

These tensions play out online, as zealous nationalists spar with Chinese citizens who question how those enforcing the quarantine rules can behave in such a manner and ask who holds ultimate responsibility. Some have invoked the phrase “the banality of evil” in the discussions, an expression coined by the philosopher Hannah Arendt in her writings on the Holocaust.

Xi’an: A strict lockdown in the northwestern Chinese city that began in December created chaos and crisis after the local government opted not to provide food, medical care and other necessities to the city’s 13 million residents.

Olympics: The Winter Olympics are just three weeks away, but tickets have yet to go on sale. It will be the most extraordinarily restricted large sporting event since the start of the pandemic.