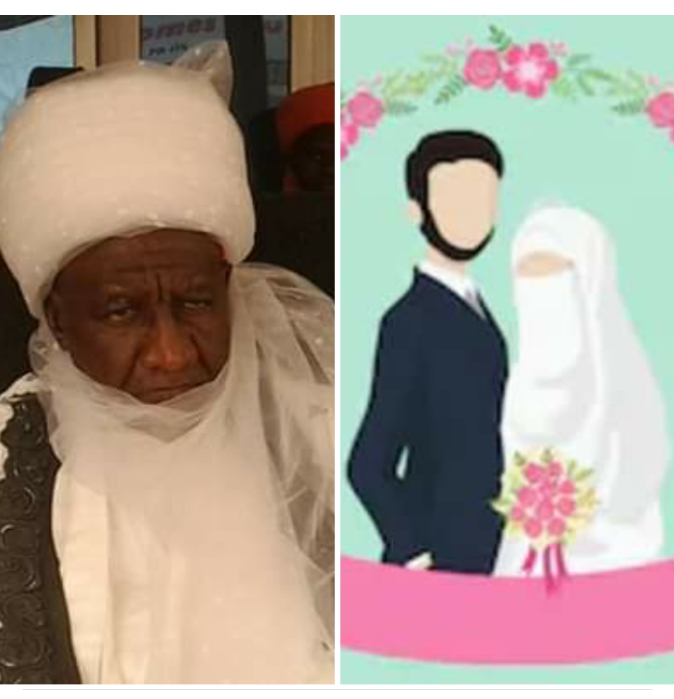 There are so many weddings as there are recorded so many deaths, a poet could paint, as marriage of merriment and mourning; a means of procreation as the population shrinks; what a metaphor or paradox, as in Joy and sorrow!

That is, when the philosopher’s Aristotelean elements of rhetorics, are deployed by analysands for their creative, imaginative task.

Pleased for an analogy, in Kahlil Gibran’s “The Prophet,” ALMUSTAFA is by Almitra and some people of the Orphalese, asked some questions for a farewell answers to be reflected upon when he could have gone, among which he is, by a certain woman in the gathering, asked to “Speak to us of Joy and Sorrow.”

“Your joy is your sorrow unmasked.

“And the selfsame well from which your laughter rises was oftentimes filled with your tears.

“And how else can it be?

“The deeper that sorrow carves into your being, the more joy you can contain.

“Is not the cup that holds your wine the very cup that was burned in the Potter’s oven?

“And is not the lute that soothes your spirit the very wood that was hollowed with knives?

“When you are joyous, look deep into your hearts and you shall find it is only that which has give you sorrow that is given you joy.

“When you are sorrowful, look again in your hearts and you shall see that in truth you are weeping for that which has been your delight.

“Some of you say, ‘Joy is greater than Sorrow,’ and others say, ‘Nay, sorrow is the greater.’

“But I say unto you, they are inseparable.

“Together they come, and when one sits alone with you at your board, remember that the other is asleep upon your bed.

“Verily you are suspended like scales between your sorrow and your joy.

“Only when you are empty are you at standstill and balanced.

“When the treasure-keeper lifts you to weigh his gold and his silver, needs must your joy or your sorrow rise or fall.” (Kahlil Gibran)

The Periscope Global Publishers while in merry, has been in mourning this month; the joy occupied by sorrow, captured the mood of the moment.

It was with shock received Thursday, information on the death of Her Highness Hajja Daiya, setting Mubi Emirate in mourning.

“What a sorrowful moment!” Prince Mahmud Suleiman Abubakar would exclaim.

Her Highness Hajja Daiya was the mother of HRH the Emir of Mubi Dr. Abubakar Isa Ahmadu CFR. 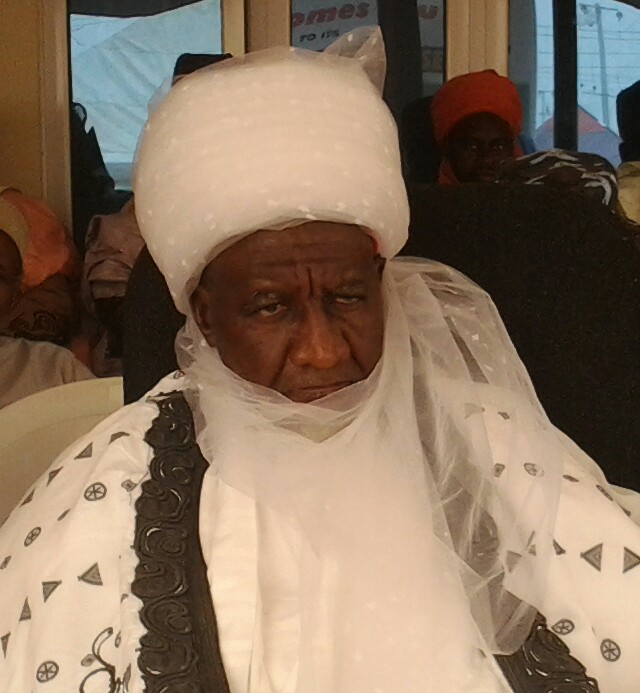 The conscious to religion, generous and caring centenarian, lived a fulfilled life.

Although Hajja Daiya would not celebrate her step-son-in-law reclaiming his birthright; the stool, as was unanimously selected for appointment by the Mubi Emirate Council for the district hardship of Jalingo-Maiha and that which the Adamawa high court sitting in Yola, squashing the governor Bindow made, out of convention rather unconvincing appointment, ordered for the approval of the throne to Prince Mahmud the heir to the late district head of Jalingo-Maiha the Ubandoma Mubi, His Highness Suleiman Abubakar, because the governor would not honour court order even though it was not conditioned by stay of execution pending appeal, Hajj Daiya was however, not to have a last moment humiliation as she prayed against it.

Hajja Daiya’s son, the Emir of Mubi, would not be dethroned as he was publicly threatened by governor Bindow the Sardauna Mubi, should some politicians failed to win the 2019 election in the entire Emirate.

The throne and Daiya’s son the Emir of Mubi, would be safe from the threat having Rt Hon Umaru Ahmadu Fintiri the Adamawa governor elect, who honoured by making the Emirate and the Emir a worthy point of call immediately after having been presented with a certificate of the return by the INEC.

Sardauna, as a traditional title, could be interpreted to mean a shield, a shade and a pillar to lean on. The holders of the Sardauna title should be supportive, protective and respective of the Emirate and the Emir they would not subject to any form of humiliation or intimidation by any means threat of suspension, expulsion and/or dethronement. Could the defeated governor, get to retain the Sardauna title after May 29?

This could only be answered by the Emirate Council, after the new government would have taken over.

“Her Highness the about 100 years old Daiya is dead. However, her legacy tied to generosity, tolerance, love for the people, peace, patient and prayerful, remains with those she has left behind.

“This can be attested to by the overwhelming population that stood in row; toe to toe and shoulder to shoulder at the funeral prayer and those registering their condolences,” Bello an indigene of Mubi would say.

HRH the Emir of Mubi Dr. Abubakar Isa Ahmadu CFR, was not only the chairman of the Periscope Global Publishers 2017 productivity award held on Saturday, December 16, 2017, he was an award recipient.

HRH commended the Periscope Global for objectivity, doggedness, independence and for not being reduced to beggarly journalism.

The creativity, investigative style and human angle reportage, HRH observed, have made the Periscope Global to stand out so unique, urging that the feat should be relentless.

While the Periscope Global remains in mourning, it is registering its condolence to the Emir of Mubi, family, council members and the entire Mubi Emirate, over the death of Her Highness Hajja Daiya. May the royal soul to jannatul Firdaus rest in peace.

Dr. Ahmad Alkali a lecturer with Modibbo Adamawa University of Technology, Yola is a colleague, friend and brother.

Dr. Ahmad Alkali also a recipient of the 2017 Periscope Global Publishers merit award,
also lost his father, which reduced us to state of mourning even while I was away.

Ambassador of Peace Nura Mohammed, is an editorial board member with the Periscope Global Publishers in charge of the ICT. He equally lost his father Alhaji Mohammed Bashir Adamu 62.

Until his death, Mohammed Bashir Adamu was rendering humanitarian service with the International Organisation on Immigration after having retired as a Chief Nursing Officer with teaching hospital Gwagwalada Abuja.

Hajiya Rabi Bashir is Nura Mohammed’s mother. She was also retired as a head of nursing services with the federal medical centre Yola, Adamawa state and is currently floating an NGO the is aimed at putting smiles to indigent kids as a social responsibility.

While we join them in mourning, we pray that may the souls of the departed rest in heavenly peace.

Rashida Adamu Duhu (A.A. Duhu) my concern, kind and caring sister-in-law, answered “yes I do,” on 30th March. The intelligent and lovely lady who could not kill a fly, is married to Ibrahim Bilal the APC state chairman Adamawa state.

Though APC lost Adamawa state to PDP in both the presidential and the gubernatorial elections, APC retains the Presidency with President Muhammadu Buhari.

Can Ibrahim Bilal the APC state chairman kill a fly? We say congratulations to the bride and groom. We wish them a happy married life.

Another Rasheeda Saturday, responded “yes I do,” when my brother Dr. Abubakar Ma’aji Ahmad of FMC Yola, is shouldered with a responsibility to keep her not simply as his sister but as a wife.

Rasheeda Umar Abdurrahman Bobboi is lucky to have a decent and disciplined parents the Periscope could coin as disciples of faith.

Bobboi has succeeded in sanitising the board of its rot by weeding out corrupt elements and ensured that pilgrims from Adamawa state enjoyed the best hospitality while Saudi Arabia.

Bobbling was also a recipient of the Periscope Global Publishers 2017 merit award of effective and efficient leadership.

The Periscope Global Publishers, joining the witnesses to the marriage contract, congratulates Bobboi, Ma’aji and families, wishing the bride and groom a happy married life.

Dr. Musa Muhammad Dodo is one of my brothers I hold so dear. Ummulkhair Ma’aji Ahmad is also a sister not only to my brother Dr. Abubakar, she is Dr. Musa’s close companion.

Ummulkhair also responded “yes I do,” before the witnesses could get to be invited Friday for the marriage contract. 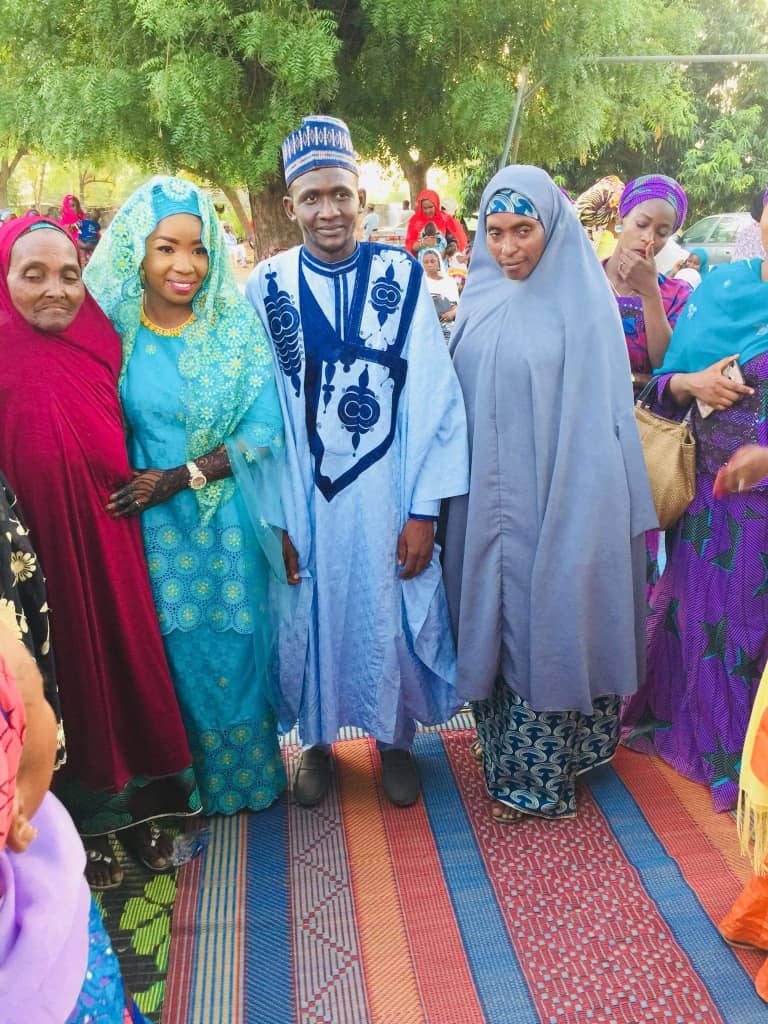 Dr. Musa Dodo, like Dr. Abubakar Ma’aji, is with FMC Yola, working as a team with other medical doctors.

The fraternity exhibited during the wedding ceremonies, presented a threat against any confraternity. We say congratulations to the couples with their friends.

Having thanked, the couples in company of their friends, presented themselves before parents, brothers and sisters for a goodwill.

Love, care, sympathy, tolerance, understanding, teamwork, being responsible, discipline, keeping to the faith and patience, were some of the advises advanced.

The poet Kahlil Gibran in his “The Prophet”, has his take on marriage, it may be a worthy knowledge to be acknowledged by the couples. It reads: 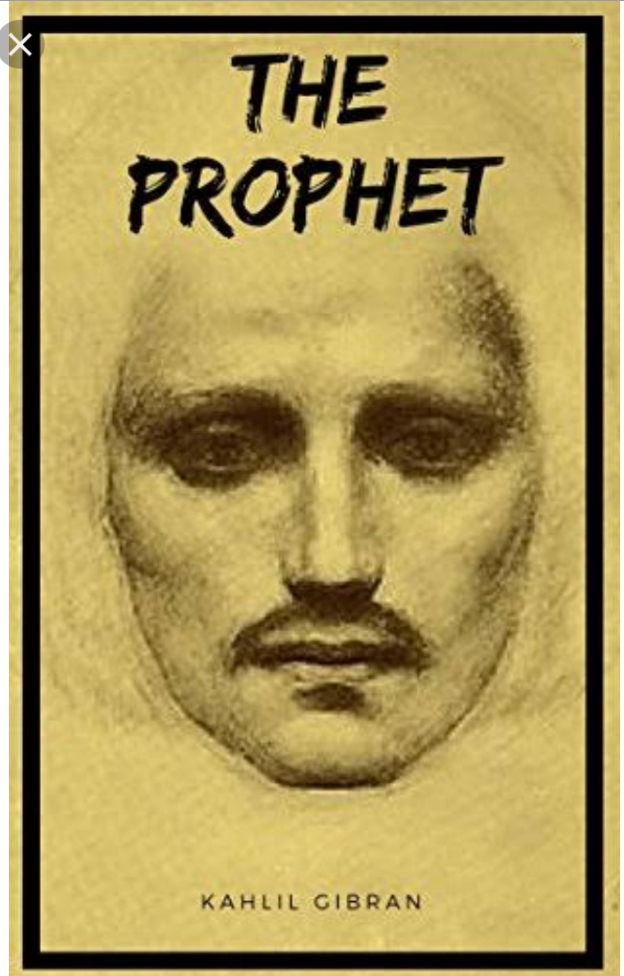 “Then Almitra spoke again and said, And what of Marriage master?”

“And he answered saying:

“You were born together, and together you shall be for evermore.

“You shall be together when the white wings of death scatter your days.

“Aye, you shall be together even in the silent memory of God.

“But let there be spaces in your togetherness.

“And let the winds of the heavens dance between you.

“Love one another, but make not a bond of love:

“Let it rather be a moving sea between the shores of your souls.

“Fill each other’s cup but drink not from one cup.

“Give one another of your bread but eat not from the same loaf.

“Sing and dance together and be joyous, but let each one of you be alone,

“Even as the strings of a lute are alone though they quiver with the same music.

“Give your hearts, but not into each other’s keeping.

“For only the hand of life can contain your hearts.

“And stand together yet not too near together:

“For the pillars of the temple stands apart,

“And the oak tree and the cypress grow not in each other’s shadow. (Kahlil Gibran).