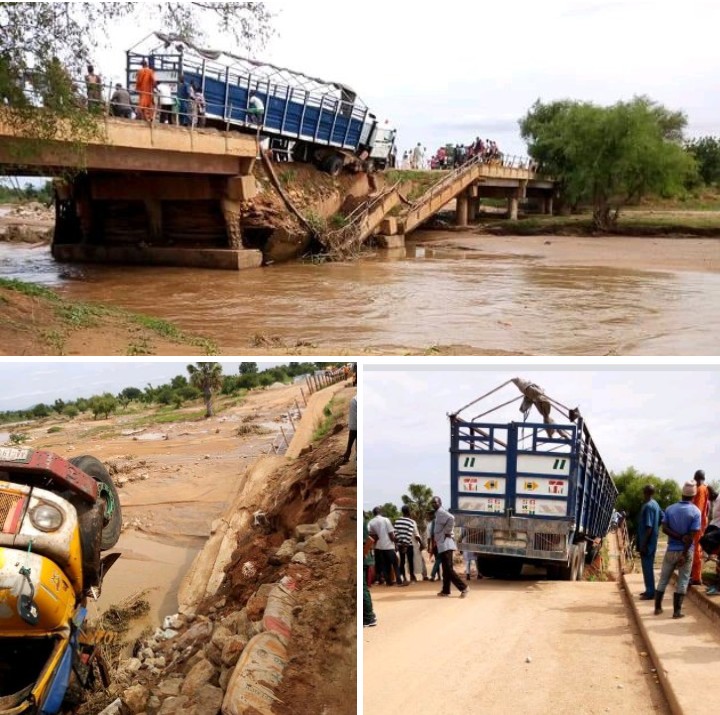 Hapsatu Dahiru one of the veteran journalists in Adamawa State, currently engaged in humanitarian services salvaging the devastated by insurgency in the Northern senatorial zone of the State, contributed a report with picture photographs of another devastating journey from Mubi to Michika with Dilchim bridge defeating to a deathtrap.

Bindow the former governor of Adamawa State hails from the zone, he was unable to do anything to get to fixing the road other than setting the monarchies in the zone in dissension for anarchy.

Sen. Binta Masi would not give a befitting mercy to the thought of sponsoring a bill for reconnecting Adamawa and Borno through her senatorial zone, when she was a serving senator. Members of the House of Representatives from the zone have not given a thought to the possibility either.

Rt. Hon. Ahmadu Umaru Fintiri the present Governor of Adamawa State is also from the northern zone, there are a lot of hopes around him. Trusting that he will make a difference with the fresh air slogan.

There have been roads construction in the country. However, the road from Mubi leading to Maiduguri through Bama still reminds one, of the Boko Haram insurgency and the fear that the insurgents are still n control it the area. Something must be done for the citizens to feel belonged.

The picture posted, paints the pains of going without gain to Michika passing through Dilchim death trap bridge. Hapsatu Dahiru, speaking for the voiceless, would lament.