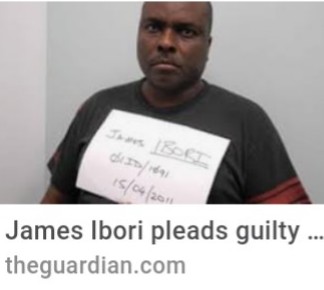 Prof Moses Ochonu a Nigerian in Diaspora articulated that while the citizens slept (figuratively), concealing information on the corrupt ex convict was happening quietly.

Ochonu lamented that Nigerian politicians with corruption conviction records and scandalous pasts were hiring people to scrub such convictions and records from their online bios and wikipedia bio entries.

“My colleague and friend, Roy Doron, who researches Nigeria, went to the wikipedia page of former Delta State Governor, James Onanefe Ibori, and discovered that every information on his corruption conviction and scandals had been removed–edited out.

“Anyone can edit wikipedia entries but they have to provide a reason for doing so, which is then logged in the editing history that anyone can read, Moses said.

Ochonu has called on the compatriots to be whistleblowers and active participants in blocking any chance that would let the corrupt get away with this “self-rehabilitation and self-reinvention.

“Do not let them rewrite their histories and their bio entries to exclude their scandals and convictions. Such public negative archives are the wages of their sins, the scarlet letter they must carry to their last days.

“Since they won’t face any real consequences for their crimes in Nigeria, public shaming via wikipedia and other online bio platforms is their only comeuppance and must be preserved permanently for posterity. Stay vigilant folks,” Ochonu emphasised.