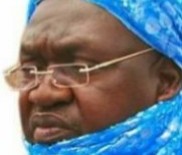 There is a tension, the wave of apprehension makes the youth to draw the attention of the Adamawa state governor to take swift action before Jalingo-Maiha District could get to be swept with a desecrated broom, into the dustbin of anarchy in the name of Qur’anic recitation competition, to facilitate tyranny.

The call for executive action, is sequel to the return of Wakili Usman Shehu Idi the impostor to Jalingo-Maiha to serve as district head; the role given to him by the former governor Bindow and that which he is being restrained from parading himself by the court and executive orders.

The overambitious Idi, with his fetish thugs, was on a Friday, reported to have desecrated Jalingo-Maiha Central Mosque as a ritual that would facilitate a twist of fate, alleged to be dictated to him by a marabout or ritualist, regarded as diviner playing the God, however hypnotically imperfectly.

Idi’s fetish-thugs-followers as personal security, armed with amulets and injurious arms, were reported to have without ablution and with filthy charmed shoes, ferociously forced themselves, pouncing on the faithful to the front row next to Imam, alleged to be with the intention of invalidating the Jumua’t prayer to be able to be made a district head whether “fair is foul, and foul is fair,” moralising the three witches also known as the weird sisters in William Shakespeare’s Macbeth.

The faithful opposed to talismanic advances, holding assiduously tenacious to the teachings of Prophet Muhammad SAW, guided by the God’s command in the Glorious Qur’an, against the mammoth of Mammons, stood in defence of their faith and the Mosque, however unarmed, against desecration by the fetish-lated.

It took the spirit of security men to avert death casualties. Even though injuries, destruction of properties and banditry were recorded as reported. The alleged fetish Idi with ritualists amulet armed thugs, were indicted for anarchy and eventually, sent to prison.

Currently on bail, Idi was served a letter suspending him from the district headship and banning him from Maiha for peace to reign in the district. Why another letter to refresh anarchy by promoting tyranny? The faithful would ask.

“However, we’re told that Idi has bribed his way for a twist of executive directives, in romance with the contempt of court order, by the ministry of local government and chieftaincy affairs and the Mubi emirate council to stand-down the earlier letter that honoured the court and executive orders,” the youth lamented.

The Periscope reporter earlier articulated that “the letter dated 4th December 2019, which redirected Wakili Usman Shehu known as Idi to keep acting as a district head of Jalingo-Maiha pending the determination of the court of appeal, has nullified the earlier letter dated 25th November, 2019, which not only forbade Idi from parading himself as District Head, has equally banished him from Maiha, he was trying to cause dissention for anarchy that he was challenged before the law against, pending the state government investigation on the legitimacy or otherwise of the selection process that ushered the impostor- against the court order- into the tussle for the stool.

“The group queried the state ministry of local government and chieftaincy affairs and the Mubi emirate council, alleged to have joined in romance with the contempt of court order- without stay of execution- of July 13, 2018 that restrained Idi from parading himself as any district head and directed the governor of Adamawa State to approve the appointment of Mahmud Abubakar Suleiman as the legitimate District Head of Jalingo-Maiha.”

There is a state Qur’anic recitation competition going on in Maiha, some conspirators are alleged to have taken advantage of, to bring the impostor who desecrated the Central Mosque on a Friday, to chair the closing ceremony as district head. The youth in Maiha, in protest against the abuse of due process with impunity, alerted that Idi has no historical linkage with the monarchy in Jalingo-Maiha District, as much as he has no ground to file any appeal against the high court ruling that booted Bindow’s action – a window for tyranny with impunity, capable of reducing women to widows – as a governor.

“If there’s any ground, it was Bindow or Adamawa State Government led by Bindow that should appeal against the high court ruling not Idi,” the youth observed.

Maiha is a Madinah model where ritualists and fetish-lated should not be let to lead as it will take the district back to the Saudi Arabian darkest zeitgeist that have long been conquered with the hoisting of the Bin Fodio commanded Islamic flag for which Idi’s ancestors and conspirators were not part of the history and are not part of the processes, programmes, projects, progress, prospects and development of and in Jalingo-Maiha for which they remain parasitic to.

“Already, the butchers and bread bakery proprietors, have started lamenting the extortion, exploitation and oppression by the peasant-forced on subjects as district head.

“It was not easy for them before the high court ruling that chased the impostor from the district head stool. The impostor would always send his errand boys for a coerced free bread from the bakeries and free meat from the butchers, among other exploitation. It has never been the experience in Jalingo-Maiha.

“We need peace not pieces, leadership not anarchy, God-fearing faithful not fetish-professed, legitimate heir not an impostor to the Monarchy in Jalingo-Maiha.

“We believe that Adamawa state government, will not fold her arms to the tyranny with impunity that is predictably about to consume Jalingo-Maiha with a cosmetic district head, against court and executive orders, even after Bindow his maker, has long gone; thrown out of the 2019 electioneering window, lest women are made widows as a poet would articulate.

“Idi ought to remain banished from Jalingo-Maiha as much as he that appointed him is by the electorates thrown out of Dougirei hill, the fate not to be twisted by judiciary as has been justified by the appeal court ruling,” the youths said