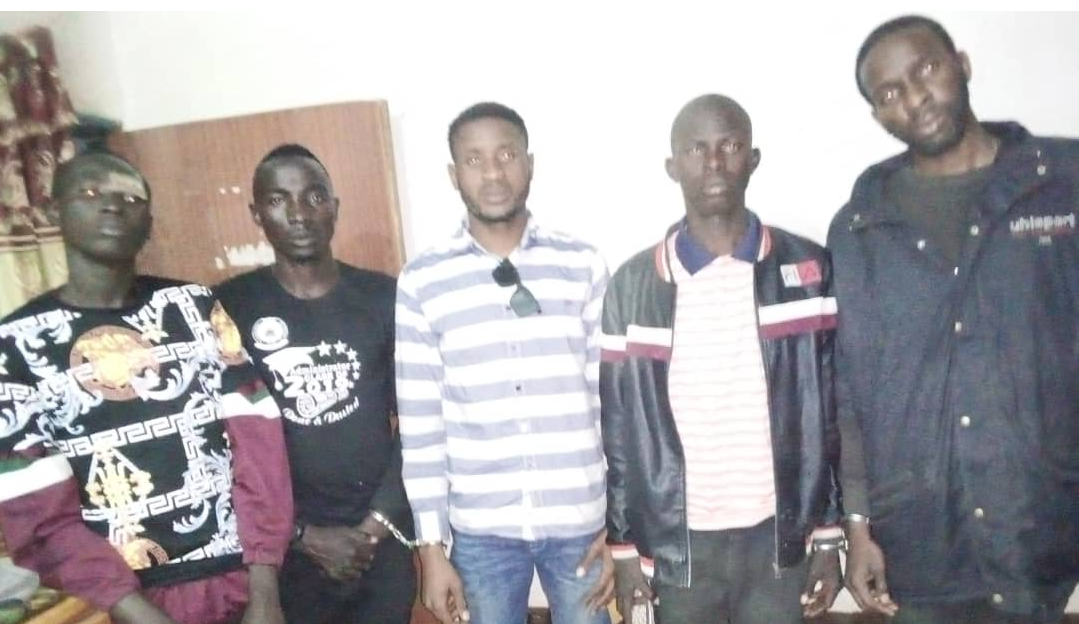 Policemen and other security agencies in Adamawa state, have been working hard in getting rid of insecurity occasioned by insurgency and abduction for ransom

Some students of Adamawa State University ADSU Mubi, not indigenes of Adamawa State, the Periscope investigation can reveal, have abandoned their studies to engage in atrocities associated with cultism they have smuggled.

However, the cultists would not cut the handcuffs of policemen with guns and dangerous weapons, in the tertiary education institution.

In a press release DSP Suleiman Yahaya Nguroje, the Police Public Relations Officer, Adamawa State Police Command disclosed that police arrested five gang cultist members who are not only engaged in atrocities to threaten the peace of the institution; attacking and inflicting various degree of injuries on innocent students, they werere also working on initiating innocent students, .

“The Command wishes to advice members of the public, particularly parents and School authorities to keep monitoring the activities of their children and students and report to police any suspicious movement for immediate and necessary action.” The press release reads.