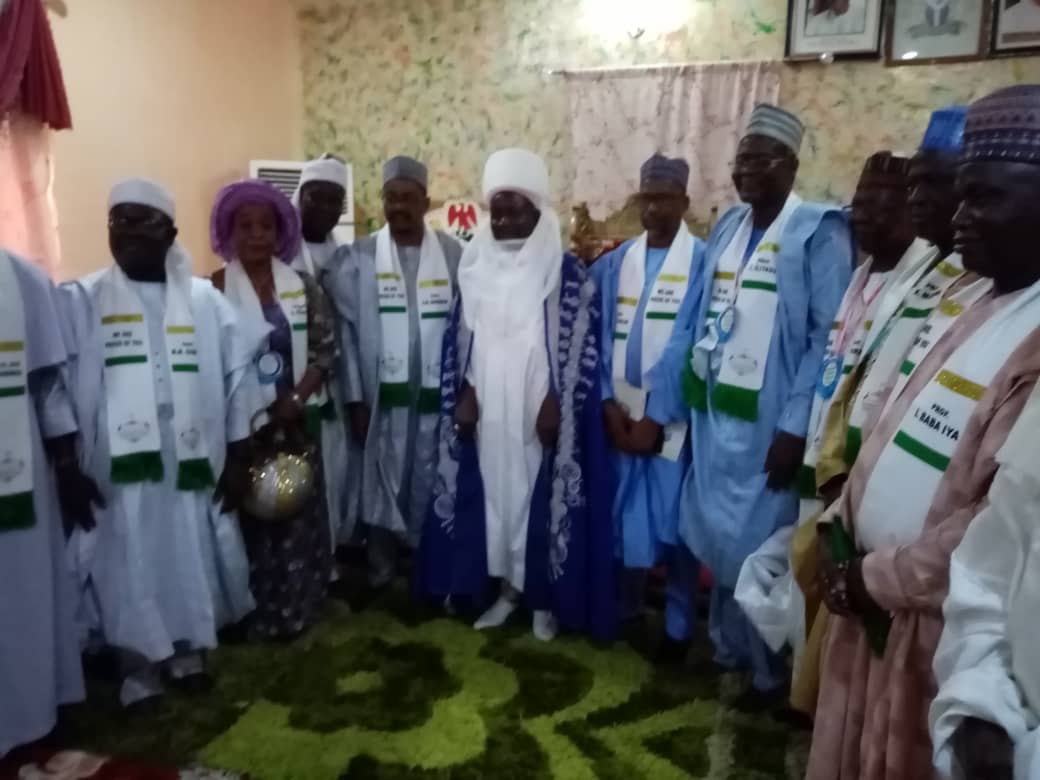 Ganye Chiefdom, at the behest of Gangwari Ganye Alhaji Umaru Adamu Sanda, has organised a grand reception in honour of their illustrious sons who have contributed immensely; clinically, academically and administratively among other aspects, to enhancing development in the country as Professors as a pact, and as a social responsibility.

The reception celebrated Saturday, at Gangwari Ganye Palace, under the chairmanship of Sen. Binos Yaroe, representing Adamawa South Senatorial District at the National Assembly, was honoured by by the Adamawa Governor ably represented by the deputy governor in company of the SSG with some commissioners Emirs, the first class chiefs with other traditional leaders and university dons among others.

Ten indigenous Ganye Chiefdom professors received the award of honour; some of whom are holding leadership responsibilities, while some are in academy. They are as follows: