Monarchy In Mubi: Fintiri approves the appointment of Marafa as district head of Mubi 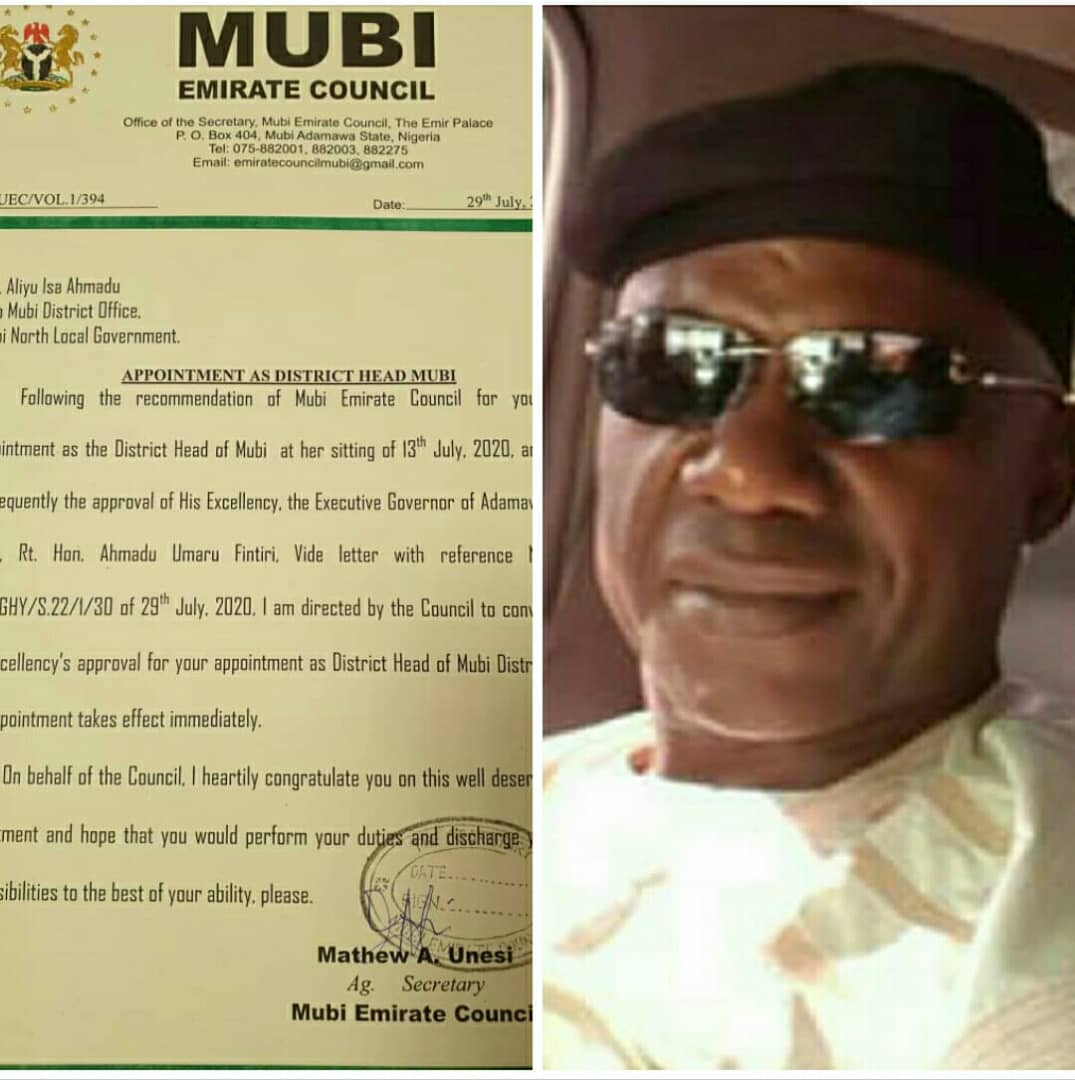 Governor Ahmadu Umaru Fintiri of Adamawa state has approved the appointment of Hon Aliyu Ahmadu Marafa as the new district head of Mubi.

Rt. Hon. Marafa’ appointment as district head is sequel to the recommendation by Mubi Emirate Council at her sitting of 13th July, 2020 for which the Periscope earlier reported and subsequent approval of the Adamawa state governor vide letter with reference No MCA/GHY/S.22/1/30 Of 29th July, 2020.

Commending in a comment, community leaders describes Fintiri as a friend of traditional authority, whose position as a governor would not get him power drunk to dishonour the the kingmakers selections.

“Gulak, Guyuk, Numan and now Mubi chiefdoms and districts have all received blessing of governor’s approval of the Kingmakers’ selections of chiefs and district heads, while Jalingo-Maiha and Michika districts are groaning the destructive interference of former governor Bindow, who while on seat, dishonoured the Mubi Emirate Council selections of legitimate district heads, among other districts  executively stained.” Community elders would say.

The Periscope editorial’s articulation, summarised that “Rt. Hon. Marafa’s appointment as district head, is a headway for Mubi Emirate Council, for being by leadership, experienced, incorruptible and principled.

“Being a council member, it is hoped, he will advise against any window of corruption by means of gratification or homage for reason of distorting monarchical order capable of demeaning the Emirate Council to be disrespected.

“It is hoped as well, he will work against denying by delaying any selection of district head as experienced in Jalingo-Maiha and Michika districts that result in surrendering to the law to decide, which is a slap on the Emirate for which only the Mubi Emirate Council experiences”.