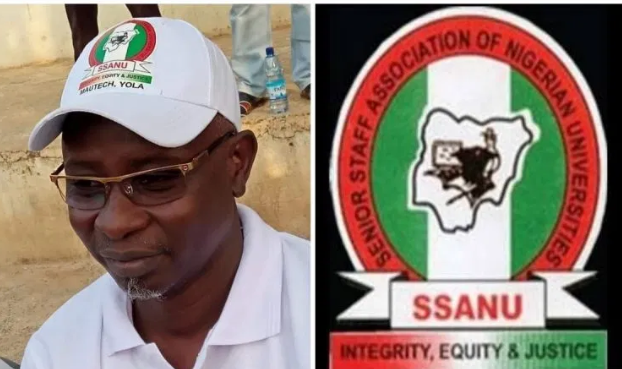 Ibrahim was elected at the end of the 2nd Quadrennial National Delegates Conference of SSANU on Tuesday in Abuja.

MAHIB commended the delegates for electing him to pilot the national affairs of the association.

He said: “For this I feel greatly humbled and deeply thankful and I salute you all.

“Today, you have used your votes to commit me to the onerous task of rebuilding, repositioning, and retooling this Union.

“Conscious of our challenging circumstances and the many bitter experiences we have had as a Union, I want to state that the task ahead every one of us, is no mean task. It is not going to be a walk in the park.

“But it is possible to reposition SSANU; rebuild friendship; forge new alliances; inject patriotism, restore and shore up confidence among the ranks of SSANU membership. Yes, it is possible to start a new beginning,” he said.

He assured members of the association of a victorious future for SSANU, saying that “in the coming days, the new NAC will unfold a road map that will guide our short-, medium-, and long-term projections. We will no longer walk in darkness. The commencement of the great and golden era of SSANU is now,” MAHIB said.

MAHIB, who take over from Samson Ugwuoke, will pilot the affairs of the association for the next four years.