...Directs s the reconstruction, equipping of the Faculty of Engineering of the University 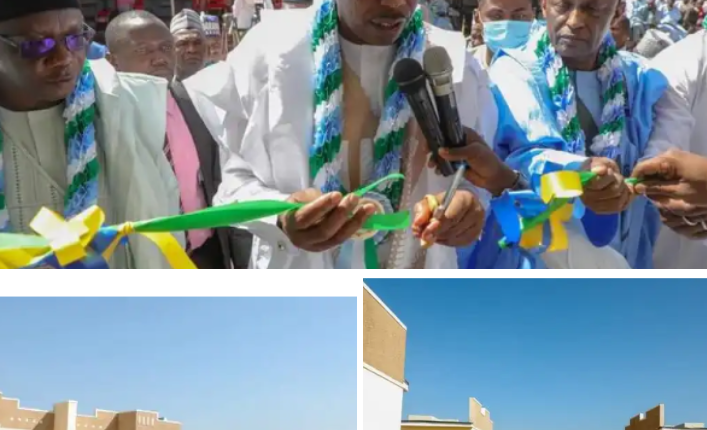 The project, which started in December 2019 was part of the Governor Zulum’s intervention to UNIMAID whose major beneficiaries are indigenes of Borno State.

The project is the second housing intervention for UNIMAID. Zulum had in December last year, delivered 20 units of 2 bedroom bungalows for senior staff of the same UNIMAID.

At Friday’s brief ceremony in the University, Zulum also approved financial support to staff affected by the ongoing IPPIS enrollment of the University staffs across the country.

Governor Zulum directed the Secretary to the State Government to liase with Borno state Microfinance Bank and come up with a scheme under which junior academic and non academic staffs owned their personal houses.

The Governor also directed the reconstruction of the faculty of Engineering of the University, he also directed for the procurement of the needed facilities to the department of civil engineering whose accreditation have been suspended due to inadequate teaching and learning facilities.

Zulum also directed the secretary to the state government to capture in 2021 budget a provision to train academic and non academic staffs of UNIMAID both within and outside the country.

Zulum has urged the ASUU to consider Borno’s peculiar situation. Noting that the state has gone through enough challenges to face yet another lingering strike.

The Vice Chancellor of the University of Maiduguri, Prof. Aliyu Shugaba commended Governor Babagana Umara Zulum for the kind gesture.

Shugaba said, Zulum’s intervention came at a time when the University was faced with serious challenges of housing accommodation