* Adamawa Police Command isn't formally informed, CP ordered for investigation, the command will not allow any immoral act capable of causing outrage in the society - Nguroje 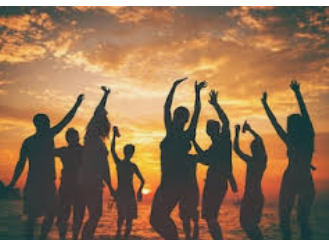 Outrage ensued in Yola, Adamawa state capital, northeast Nigeria with parents and other civil society groups calling the state government and police to stop ‘’ Yola Beach Party’’ organised by some youths, for alleged nudity, which they described as irredeemably irreligious, terribly disgusting and suffocating to the moral sensibility.

If it is not stopped, it would be the second time the nude event would hold in the religious Yola, about being reduced to the colony of immortals championing a movement towards Godless society and eventually, anarchy.

The advertisement of ‘Yola Beach Party’ this Saturday indicates that the event is slated for Sunday 3rd January, 2021, with gate fee pegged at N2,000.

‘’Age 18 over, scheduled to start at 2pm and there will be live music, fun, BBQ and drinks,’’ it stated.

The notice was placed on social media platforms, though the venue was not indicated.

Reacting on the planned Yola Beach Party, some parents had asked the state government to be proactive banning the event; alleging that ‘’the boys are hell bent in promoting promiscuity.’’

Baba Musa, a resident of Jimeta, warned that allowing the savage and barbaric event to hold would incur the wrath of God.

‘’We need to wake up now and face this looming challenge of moral decadence plaguing our society.

‘’It’s the same way some deviant youths wanted to hold sex party in Kaduna, though the state government had acted swiftly by demolition the alleged venue of the event.

‘’So, here in Adamawa our children are now planning to hold same sex-party in different style and format.

‘’We should fight against this immorality as it’s so unGodly; we are cultured. Let the government and police do the needful by banning the event.

‘’In fact, allowing the event to hold will incur the wrath of Almighty Allah and God forbid!’’ Musa lamented.

Another resident and father of four, Al-Amin Ciroma said that the current merciless bloodletting through banditry, kidnappings, armed robbery, and host of other vices, experienced in Nigeria were caused by immoral acts like the ‘Satanic’ beach party.

“Allah (SWT) stated categorically in Suratul Hajj verse 41, thus: “Those who, when We empower them in the land, observe prayer, and give regular charity, and command what is right, and forbid what is wrong. To Allah belongs the outcome of events.

“No doubt this kind of illicit act is one of the ingredients fueling the wrath of Allah (SWT) that we are inflicted with currently.

“The current merciless bloodletting through banditry, kidnappings, armed robbery, and host of other vices, are as a result of our derailment from ideal moral and cultural values,’’ said Ciroma.

‘’Some of these things that they bring to us are alien, so any decent and cultured parent must stand against the so-called beach party.

‘’We saw the unfortunate fights that ensued at the state recreation centres in Yola and Jimeta, during last Christmas and Sallah celebrations.

‘’Some youths were alleged to have engaged in raping and maiming during such events. So, what do you expect tomorrow if the beach party is to hold?

‘’We are calling on the government to scan for such places where illicit acts are perpetrated in the state,’’ David Batta urges.

Efforts to hear from the Beach Party organisers was not fruitful as the phone numbers put on the flayers issued were switched-off.

When contacted, the Police Public Relations Officer, DSP Suleiman Yahaya Nguroje said the state police command was not officially informed of the event ever taking place anywhere in the state. However, the police was investigating and would not allow any show or event that would cause outrage at the same time, in the face of Covid-19.

‘’The CP had since ordered an investigation to unravel the sponsors and venue of the said beach party. The command will not allow any immoral act capable of causing outrage in the society.

‘’Parents also have a role to play in this regard,’’ Nguroje said.

This is coming barely three days after the demolition of supposed venue of a planned “sex party” in Kaduna State by the Governor Nasir El-Rufai-led government.

MAUTECH 2020: A review of Achievements