Adamawa gets new CP, Says the state will be safer, more secured 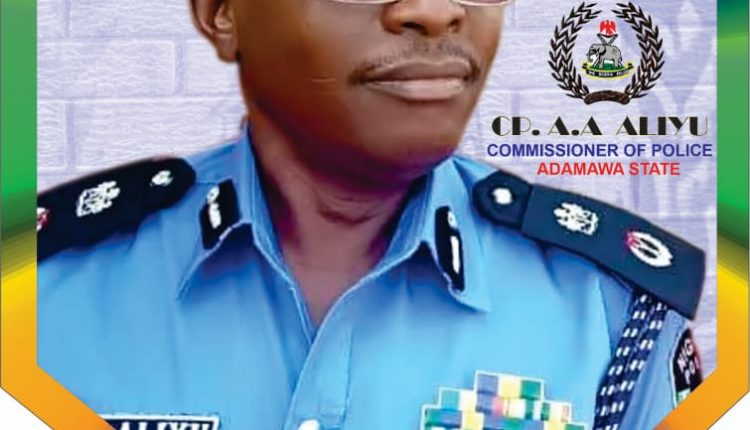 The new Commission of Police, Adamawa State Command, CP Aliyu Adamu monday resumed duty, assuring that he would do everything within his capacity to ensure safety and improved security for citizens to go about their businesses without any fear.

The new CP who was deployed to the state last week, resumed today, has in a his inaugural press briefing at the state command’s headquarters, assured that he would operate within the context of the law and respect human right, shun corruption, ensure that rule of law prevails, respect diversity, display courage, show compassion and demonstrate professionalism in the discharge of his duties while accomplishing his mission.

CP Adamu said the police would collaborate with relevant stakeholders in the security sector for a desired result.

According to the new CP, “With the police existing crime prevention and detection strategies, I am optimistic that the good people of Adamawa state will witness improved police service delivery that will lead to the reduction of crime wave in the state to an appreciable level.

”The police will collaborate with all stakeholders to ensure public safety and good orderliness in Adamawa state”.

While responding to questions on the increasing rate of crime in the state by the dreaded Shila Boys and kidnappers, the CP said he has been briefed on the sad situations and would set up modalities and strategies to surmount the challenges.

”Since I came, my management team have briefed me on these incidences. They gave me the rundown of some of the security challenges in the state and we have mapped out strategies to engage and address the issues religiously.

“We have a tradition of checkmating crime and criminality in the police force, we are going to adopt that. We are going to engage in a massive raid of criminals hideouts and all black spots. And if we do that, we will checkmate. We’re not going to do it alone, we will liaise with the justice department to achieve that,” he explained.

The new CP has called on all police personnel to ensure they fully transmute into a people’s friendly police that would respect and uphold the fundamental rights of all citizens by the will and policing direction of the Inspector-General of Police, IGP. Abubakar Adamu.