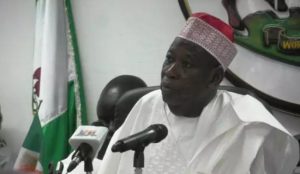 Kano State Government has awarded a contract worth N159 million for the construction of an ultra modern Community Medicine Complex at the Aminu Kano Teaching Hospital (AKTH) in Kano.

This was announced in a statement signed by the Asst. Director, Public Relations of the Hospital, Hajiya Hauwa Abdullahi, which was made available to newsmen in Kano on Wednesday.

The statement said the Commissioner of Health, Dr Kabiru Getso, disclosed this while conducting the contractor around the project site on Tuesday.

It quoted the Commissioner as saying the idea of the project came up as a result of the International Conference of Hazard of Heavy Metal in water, which took place at the Tahir Guest Palace sometime in 2017.

“It was during the conference that Governor Abdullahi Ganduje pledged to build a complex, which would serve as an Advanced Occupational Centre for Environmental Health Research and Training,’’ the statement said.

It said that when completed, the centre would comprise of a reception, Director’s suite Conference Room, a Laboratory, Seven offices for staff, Kitchen and toilets.

The statement also said that the complex would also have a departmental block/school of public health and community medicine, with more than 30 offices.