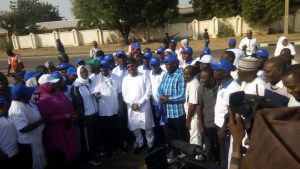 The inaugural Unity Walk Campaign aimed at reawakening the spirit and reinvigorating the University of Maiduguri alumni Saturday, intended to cover about five kilometres with the take-off point from 80-Units Junction the western end of Abdullahi Bashir Way, Dou-Girei, passing through Kashim Ibrahim Way to be terminated at the Cow Roundabout by the Benue River Bank in Jimeta, was eventually halted at Governor Bindow’s residence about half and one kilometre to the targeted destination, when the governor came out to address the members of the UMAA, commending the good spirit of the members and the promising intentions in the exercise.

The President UMAA Adamawa state chapter Prof. Abubakar Abba Tahir commended the commitment of governor Bindow in ensuring good governance, by having Unimaid alumni holding key administrative posisions in the government of Adamawa state, such as the SSG Dr. Umar Bindir and the Head of Service Dr. Edgar Amos. 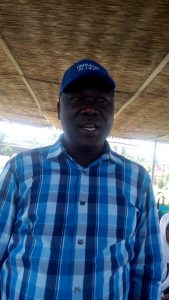 Tahir confirmed that the civil servants in Adamawa state were, for the most part, products of the University of Maiduguri who have been working with Bindow and would be willing to work for him to and with him in the second tenure.

Tahir explained that by being a public servant or entrepreneur as a graduate, one has invariably contributed in the progress and development of his community.

However, the alumni of the University of Maiduguri, went fantastically hibernated. The made in Unumaid, having resolved, decided to stage a welcome back, that the alumni must come out of its maribon state, which could simply be possible by having the nembers returned. This formed the basis for the Unity Walk, taking place across the country, Tahir would say.

Tahir, considering the Unimaid blood, however partially, running through the veins of Bindow, requested for an operational office for the Association from the government 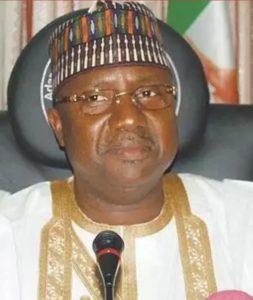 Responding, governor Bindow commended the conveners of the enduring Unity Walk and those who endured to participate, noting that University of Maiduguri was a citadel of learning to recon with, considering the quality of the products as being nothing less than the best to be marketed, capable of competing anywhere in the world and standing the test of time.

Bindow saw a sense in the Unity Walk, considering the integrity of the participating members; there were the retired but not tired and carrier civil servants; permanent secretaries, directors, university dons, media managers, bankers entrepreneurs, proprietors, technocrats, the list is simply endless deleting the unemployment graduates.

Governor Bindow confirmed that he technically belonged to the UMAA membership for gaining admission into the University of Maiduguri before being flown abroad for tertiary education.

On the Association’s secretariat, the governor asked the UMAA leadership to work with the SSG to secure that the request was honoured 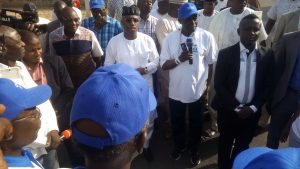 The sponsor of the Unity Walk Dr. Umar Bindir the SSG Adamawa state who got the governor to address the UMAA on Unity Walk in front of his residence, commended Bindow for restoring public confidence in governance by repositioning the state with the developmental projects and the window opened by Bindow for social change.

To that effect, playing the lead lawmaker, Bindir requested the UMAA members to either say “aye” caping for Bindow for social change, with a pointed finger or to say “nay” for the contrary. 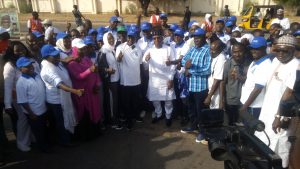 “The ayes have it,” Bindir finally remarked.

The return to the base journey was terminated at NADI School’s park owned by Haj. Dijatu Balla one of the organisers of the Unity Walk for a light refreshment courtesy of Dr. Umar Bindir the SSG. 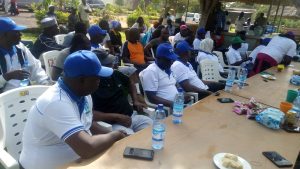 With the development, the alumni President Prof. Abubakar Abba Tahiti, specifically told the SSG that the UMAA preference would be a piece of land to build a permanent and not a borrowed office in any government facility, which could be in the risk of being revoked by any unfavourable government and that the dream would be persuaded in earnest to ensure success.