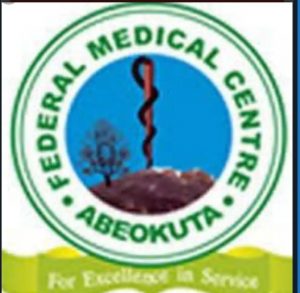 The Federal Medical Centre in Abeokuta, Ogun State, has claimed that it had enough oxygen to treat Olaniyi Ashimi, a 400 level soil science student of the Federal University of Agriculture, Abeokuta who died at the hospital early this month.

Reports had claimed that Ashimi died because the hospital lacked oxygen.

But in a statement by the Head, Public Relations and Information, Segun Orisajo, the hospital claimed that it did its best to save Ashimi’s life.

The statement read in part, “Ashimi, the 26-year-old FUNAAB student was admitted to our Accident and Emergency department around 5pm on December 5, 2018 following a road crash about an hour earlier.

“He was one of 18 students involved in the crash rushed in by TRACE officers. They had varying degree of injuries. Seven of them had serious injuries and were admitted. Ashimi had multiple injuries that included a leg fracture, a head injury and a chest injury. Initially, he was stable. But approximately 24hours later, he suddenly became breathless.

“Clinically, he had features of bilateral lung contusion and haemothorax. A bilateral chest tube insertion was done immediately to drain the fluid in the pleural space. He had a transient relief and had to be transferred to the ICU where he was intubated for assisted ventilation. By this time he was unconscious. There was a need for a CT scan of the brain as well as ventilator assisted respiration. Our CT machine is faulty. UCH (University College Hospital, Ibadan) was contacted and it was agreed for him to be transferred to UCH. Oxygen availability was never an issue.

“This patient was on oxygen right from when he needed it. For the trip (to Ibadan), our own ambulance equipped with oxygen and additional cylinder of oxygen was used.”

The statement added, “It must be stated that throughout his stay in FMC, his close relations, student leaders and most especially, the management staff of FUNAAB were most supportive in their respective roles.”

The statement said the only FUNNAB student who died in the hospital was rushed in very late.

The statement said, “The very unfortunate incident that was alluded to was a student who was lost over two years ago. He was an off-campus student who was brought at a very late stage of a severe illness.”