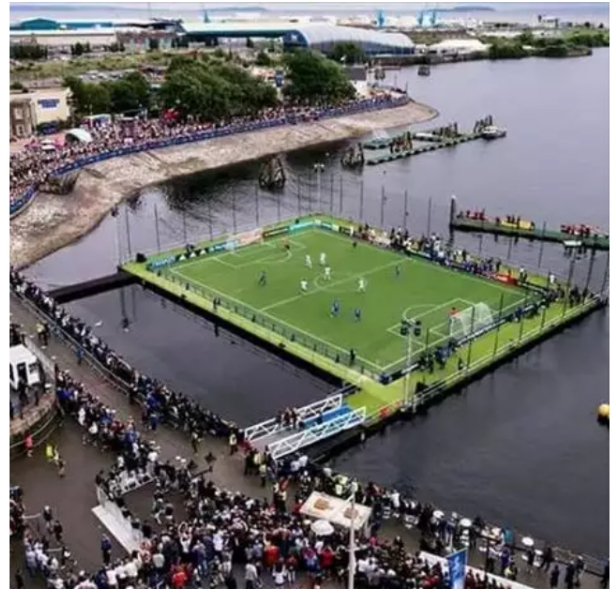 Angola becomes the first country in the world to build a football stadium on water. The stadium was first opened over the weekend in Luanda and more than 1,000 fans attended.

The beautiful stadium cost the country in excess of $20 million and was built for six months. It is built in such a way that even if there is heavy downpour, the water cannot rise to the stadium’s level.

At the edge of the stadium, there are beautiful roads where fans watch the beautiful game from. What is amazing is that even if the ball accidentally falls in water, there are people ready to collect it for the play to continue.

Though it is costly built, it is however an impressive initiative as it will be a source of huge revenue for the country