Conjoined Twins: Maryam and Fatimah, one year after separation

Conjoined Twins: Maryam and Fatimah, one year after separation 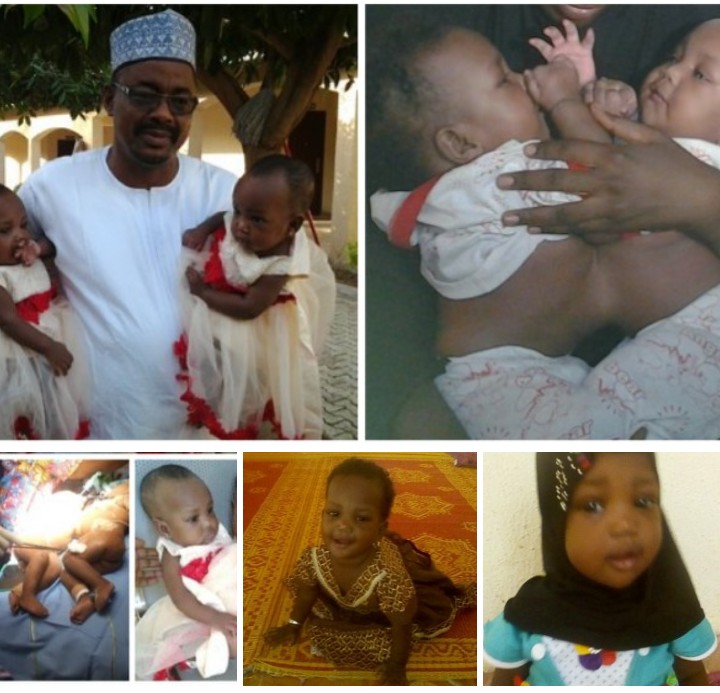 Speaking to the Periscope Global, Mohammed Ramat father and Kellu Adam mother, kept on appreciating the intervention of Prof. Auwal Muhammad Abubakar the Medical Director FMC Yola, with the surgical team and the entire management of the health facility for the free and successful separation of their conjoined twins.

“It is exactly one year today when our daughters, Maryam and Fatimah, hitherto conjoined twins, were successfully separation at FMC Yola, Adamawa state.

Ramat and Kellu however lamented that they lost Fatimah the youngest twin on March 21, 2019.

“Fatimah was the youngest of the twins. She however proved to be more active. She was the first to start crawling and learning how to walk. We however lost her after a brief illness as Allah SWT willed it to be so. She died on 21st March, 2019.

“Maryam the twin sister is healthy and hearty. She has learnt how to walk without any complication or deformity,” the parents of the twins said.

Gombe: The present administration does not render to the Transition Committees the

FG, ADB to spend over £20m for WASH in Gombe