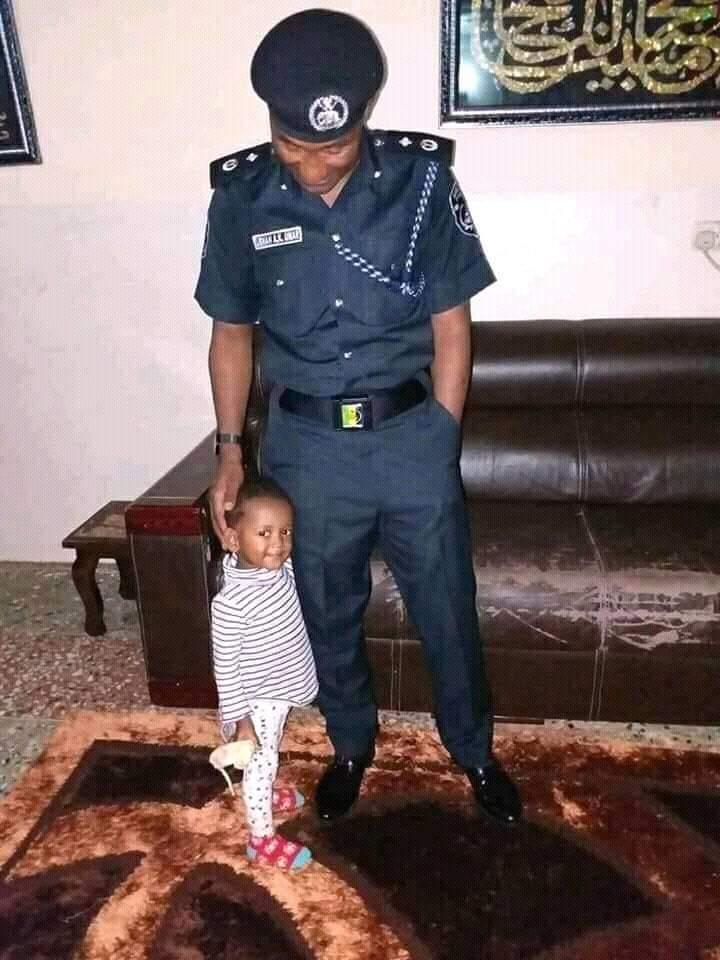 Precious Owolabi a reporter with the Channels TV was assigned a crime scene task. It was not creamy as he would have to screen with keen scrutiny, while scripting the various screaming and screeches, resulting from the Shi’ites’ said to be peaceful demonstration that turned bloody against the state.

DCP Umar Usman Abdulbaki left his lovely family for official engagement, Monday. The Youngest daughter would insist on following her father to office. Could she be having the premonition that her jovial, lovely and caring father would be leaving that morning and never to return home?

It is not at all a sham, but authentic to share that it is a shame for a Shi’a, to shy away from the crisis concerning their sect and in defending their leader, they would rather die and so the die is cast.

Who should and shouldn’t be at the scene to have prevented, the sweat, the dust, the smoke and the blood describing the deaths, was put to debate:

If the protesting Shi’ites were not at the scene, the news reporter would not have been there to have had his death reported. The unarmed DCP would not have been assigned there to broker peace that would lead to his rest in peace. The Shi’ites were not bothered about death, should they be there, provided that their spiritual leader El-Zakzaky and others accused of treason would be treasured out of prison.

The Shi’ites denied killing the DCP, the journalist and some of their protesting members. Who could then be held responsible, the police or simply the Shi’a uprising?

Reacting to the media reports that the Islamic Movement of Nigeria (IMN) generally referred to as Shi’ites killed Usman Umar Abdulbaki a Deputy Commissioner of Police (DCP) in charge of operations, Channels reporter Precious Owolabi and six IMN members, in what seemed to be a clash Monday, with operatives of the Nigeria Police, Abdullahi Musa, the Secretary of IMN’s Academic Forum, denied responsibility of the deaths, other casualties and burning the outpost of the National Emergency Management Agency (NEMA).

Musa stated that the protest had been peaceful before armed policemen attempted to forcefully disperse them near the Federal Secretariat.

“Security forces led by the Nigerian police shot at our members and injured many others. I can confirm to you that, we have carried away six dead bodies belonging to our members.

COVID-19: They do not believe there is, it kills, yet they…

“The security agents also lifted some corpses to unknown destinations. We are yet to account for,” Musa lamented.

Meanwhile, Maiha is currently in mourning as one of their rising star is criminally gunneddown.

Abdulbaki rose through the Ranks to become a Deputy Commissioner of Police (DCP Operations F.C.T Abuja and an Immediate Principal Staff Officer (PSO) to the Inspector General of Police Ibrahim K Idris rtd.

Abdulbaki was said to be gunneddown while obeying the command of the superior he was escorting, to broker peace with the Shi’ites during their uprising, in Abuja, agitating for the their leader El-Zakzaky to regain his freedom from prison.

A member of the Belel aristocracy would lament via his Facebook wall that the bullets holes DCP’s head, have hopelessly left a gaping hole in the lives of Abdulbaki’s wife, his daughters and the entire family.

The Periscope Global Publishers registered its condolence to the Channels TV and family, over the death of the rising and Precious journalist Owolabi.

The Periscope mourned and commiserated with the Belel aristocracy, the Maiha local government and the Adamawa state, over the murder of DCP Umar Usman Abdulbaki Belel.

The Periscope hoped that the Nigerian Police would smoothing the process for the next of kin to be able to access the benefits of the deceased with ease.

The Periscope hoped that the Nigerian government would shoulder the responsibility of educating the late DCP Abdulbaki’s daughters beyond the first degree for a worthy record.

COVID-19: They do not believe there is, it kills, yet they demand for hazard…

PMB’s Cabinet Are Northern Muslims, The Shortchanged Are Nigerian Christians…