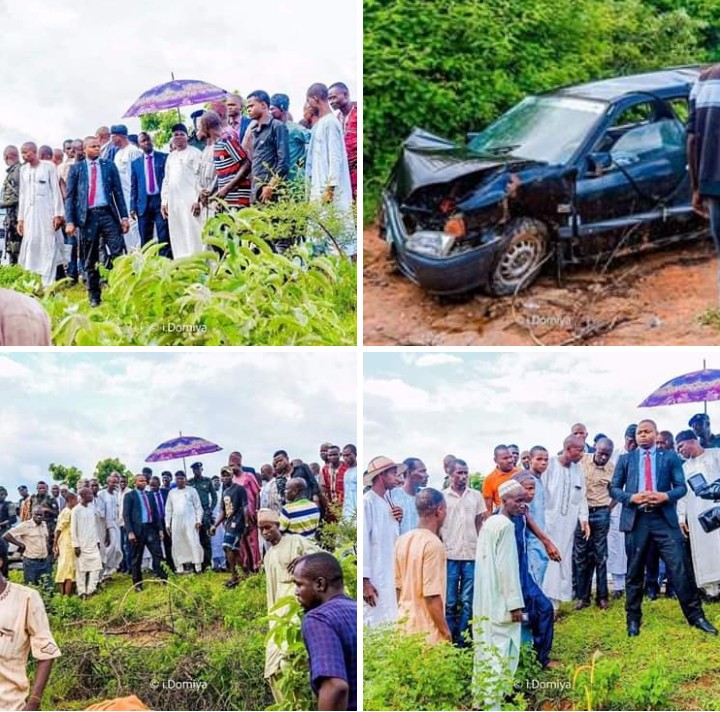 About three years ago, I was driving back to Yola ancient city; after TV Gotel’s popular discussion programme called “SAFIYA”, I was invited to participate. Little I did know that I would join the unlucky motorists at the Police roundabout.

“I heard screeching tyres sound from the vehicles I was driving closely behind as they tried to force a sudden break sequel to the sounds of sirens from the governor’s escort vehicles that wouldn’t care the right of way, for even at the dangerous rather complicated bane and multiple roads link to warrant a roundabout and stick to its restraints, in avoidance of uncalled for accidents, for what could be considered as security situation, hence a governor wouldn’t stop at any holdup; wouldn’t give consideration for any right of way.

“The vehicles at the roundabout, especially, the learners without using the L signs, those without functional brakes, in addition to those who least expected that they would be under the pressure of a sudden stop, just kept on hitting each other, front and back as the governor with the escorts spade off, ignoring the damages done for the sirens sound sake at the roundabout

“No life was however lost. No injuries other than the pain of injustice against the gain of such leadership game.

“I was actually conscious of what was in front of me but I was too close not to hit and to be hit. The situation would not warrant heaping blame on the vehicle you hit and/or the one you are hit by, as we came out to briefly asses the extent of the damages caused by a forceful stop while already in a roundabout; What amount of money the panel beaters and mechanics would make out of the unfortunate incident?

“Some drivers cursed whatever the cause, praying that may God punish the injustice…” Adamu Dodo wrote

For Governor Ahmadu Umaru Fintiri of Adamawa to break the protocol of the escorts-speeding convoy and stop without minding the security risk of the area, simply to rescue the victims of road accident, indeed speaks volume of his compassionate conscience.

Ijafiya Domiya posted on his Facebook wall where Governor Fintiri’s convoy was made to stop on the governor’s directive and rescue accident victims somewhere at Jabbi-Lamba, Girei Local government area of Adamawa State, Northeast Nigeria.

Domiya revealed that Fintiri, in spite of the rain, came out of his vehicle to rescue the accident victims, where he directed that the casualties be taking to hospital and that he would put the hospital bills for their treatment.

“This commendable action suggests that Fintiri is a servant governor. A leader to be encouraged and supported my the masses to get the state out of the maze,” an elder called Japheth revealed to the Periscope