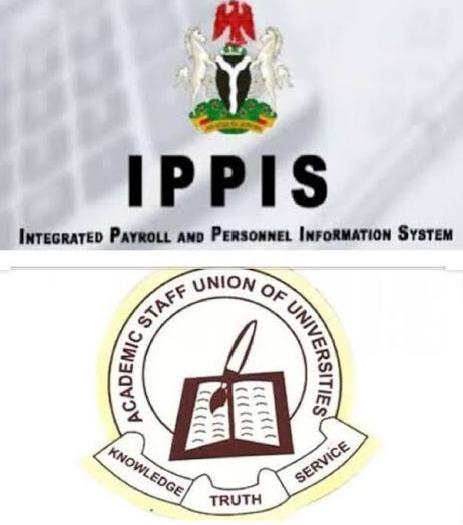 The federal government, through the office of the Accountant General, had threatened that any lecturer who failed to enroll in the IPPIS would not be paid December salary.

However, the ASUU boss said his findings across the public universities showed lecturers have been paid the December salary even though they refused to enroll in the IPPIS.

The ASUU President made the observation in a message sent to members of the Intellectual Union to mark Christmas.

While Ogunyemi urged members of the Union to look back with thanksgiving, the ASUU President asked them to prepare for challenges ahead in the New Year.

He revealed that Nigerians are finding it very difficult to make ends meet due to the harsh economic policies of the present administration, stating that the situation has made life unbearable for the masses while the few rich continue to enrich themselves at the

The ASUU boss said the poor and downtrodden have nothing to celebrate their Christmas.

According to Ogunyemi, worsening state of the economy has hit the poor masses below the belt and made the yuletide period meaningless.

He noted that celebration is more meaningful when the ordinary Nigerians have access to qualitative education, healthcare and other good things of life.

There are indications that the tertiary education sector will be charged up next year following refusal of ASUU members to enroll on IPPIS.

He said: “Comrades and compatriots, as we join the rest of the world for the Christmas and New Year holidays, let’s look back with thanksgiving and prepare for the challenges of the future. The season of love reminds us of our obligations to the poor and downtrodden.

“A celebration like this, is more meaningful when the ordinary Nigerians have access to qualitative education, healthcare, and other good things of life. Happy holidays, as the struggle continues! Biodun Ogunyemi.

Culled from the Nation