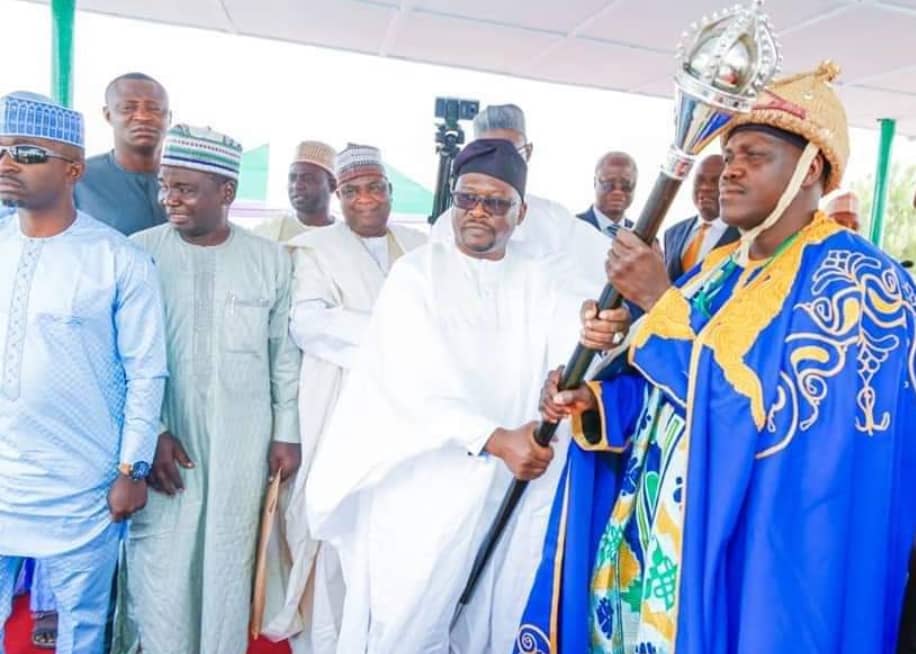 In a ceremony held at the Dishon Dan Sanda Square, Governor Fintiri the historian, described the occasion as historically unique, traditionally choreographed to fulfill the wishes and aspirations of not only the Lunguda race but the entire inhabitants of the chiefdom as a mutual entity.

Taken to the concept of fate, Fintiri faithfully sermonised that power belonged to God and It is given to whomsoever God wished. Hence, it was the turn of Mr Kurhaye Dishon Dan Sanda II. He congratulated the kingmakers for the selection considered as being objective and the people of Lunguda Kingdom for the maturity and understanding displayed during the exercise.

Fintiri has called on the newly installed Kwandi Nungurya to reciprocate the gesture of the people by providing exemplary leadership that would centre on the promotion of ethnic, social and religious harmony among the people at all times.

Fintiri has used the occasion to call on the traditional rulers as custodians of culture in the state, to continue playing the prominent role of encouraging the people at the grassroots to engage in meaningful economic ventures and self-help projects, which would uplift their standard of living.

The governor urged the people of Adamawa state to avoid idleness; a devil workshop that hypnotised the no ambitious to be engaged in anti socioeconomic and religio-cultural activities, namely; raping, kidnapping, armed banditry, cattle rustling, famers-herders clashes and insurgency that ravaged the northeast region. Adding that people of Adamawa should support and cooperate with the royal fathers and state government with a view to restoring peace, harmony and mutual coexistence in the state for progress and development.

While congratulating the new Kwandi Nungurya, Fintiri called on the elites and people of Guyuk local government to rally round their new Chief by giving him constructive and unbiased advice to be able to succeed.

Responding, the new kwandi Nungurya explained that the coronation was the last activity prescribed by custom and tradition for the ascension to the revered throne of the chiefdom. He called on the entire Lunguda sons and daughters to unite and build an egalitarian community as his doors would always remain open for the well-meaning individuals who could add value to the chiefdom.

The chieftain applauded the Adamawa state governor for honouring the law, the tradition of the community in fulfilling the will of the people. He promised sustain the ideals of the Lunguda race.l