COVID-19 PALLIATIV: Umar Duhu is being mischievous, there’s no 30,0000 bags of rice to Adamawa state – Tukur 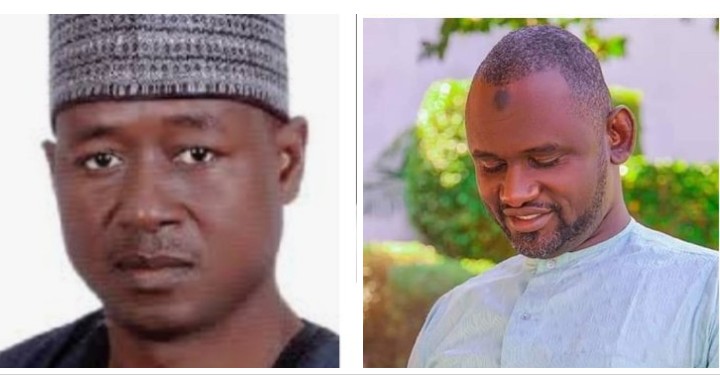 Someone must have gotten it wrong. However, the citizens will definitely ally with he that gets it right.

Come to think of it. The world is currently United against invisible enemy called COVID-19.

Every continent, country, nation, state and even district, brings her people together to accept the reality of the need for communality; a teamwork to be able to eradicate the global life threatening virus.

However, the antagonism, mutual suspicion, castigation and casting aspersion, fantastically exhibiting political deferences, is to say the least, deafeaning the communal intention, deeply defining self- egotism and design a roadmap to defeat to damnation. What a rot that visited Adamawa State!

It is either the aggrieved politician would rather pulldown political structures for everybody to be denied, if he would not get it or another would conspire to set the citizens against the state that has been battered, tattared and/or shattered with the rot occasioned by the cluelessness of the previous leadership, when the index case felt being abandoned and/or politically fizzled out.

Any government that is free from the opposition and criticism, stands to be defined as fascist. However, it amounts to transcending the human right boundaries; like the freedom of speech, freedom of expression and assembly, should the critic defeated by emotions, mischief, misfit and/or misinformation, to be accusing either the state and/or the personality of the leadership with a view to attracting the sympathy of the gullible and the ignorant citizens against the state.

It is called malicious, it is called libel before the law, should the offended opt for a legal redress.

The media have widely circulated it. The piece went trending via social media. The Periscope has got a copy.

However, to remain objective, the subject of the allegation and the alleged would have be subjected to investigation to be authenticated, by means of right of response. It is indeed, the Periscope’s house style.

Dr. Umar Duhu alleged that the Federal Government’s intervention with 50 trailers: 600 bags of rice per trailer, arriving at 30,000 bags meant for the less privileged people in Adamawa state, was in part, unevenly shared and largely, diverted by the Adamawa state government or governor who failed to consider the opposition party (APC) members in the distribution.

Duhu alleged that on receipt of the Federal Government trailers load of rice against COVID-19, the Adamawa state government distributed only 21 trailers (21 x 600 = 12,500 Bags to 21 PDP Controlled Local Government Areas in the State.

The Periscope sought to know how many local governments are there in Adamawa state? Are they more than the “21 PDP controlled, which by implication the entire local governments have got their share however unevenly distributed?

The allegation is so weighty as the distribution so alleged, is so weird that the Periscope would have to get the government’s side of the narration.

The commissioner of information and strategy Dr. Umar Garba Pella would simply smile. He would ask about the source of allegation; whether or not the index is based in Adamawa and has been part of the whole alleged exercise from the release of the trailers in Abuja, to the delivery and distribution in Yola.

“This would have counted for a news; to publicly commend the federal government by acknowledging delivery. Yet I have not invited you for news coverage!

“There could be two Adamawa states; the one you and I along with others live in and we will not allow it destroyed by men lacking conscience and the other created in the imagination of the writer, waking from slumber, transmitting his dream,” Pella would say.

The response sounds philosophical to suggest that there was nothing like trailers load of rice from the federal government to Adamawa state government as COVID-19 PALLIATIVE meant for distribution to the indigent indigenes, irrespective of the political party and/or ethno-religious inclinations.

Corroborating, the SSA on New Media to governor Fintiri of Adamawa state, Muhammad B. Tukur said, Umar Duhu, like others who have thought it befitting attacking governor Fintiri rather unconstructively, was but a mischievous day dreamer, “who floats in his figment of a murky imagination.”

Tukur said he did not know where Duhu got his Trailers full of rice unwise story from.

Tukur disclosed that since the issue of COVID-19 global pandemic visited Nigeria, followed by declaration of lockdown in Adamawa by the government, the federal government has not and/or is yet to send any bag, not to talk of 50 trailers of 600 bags of rice each.

Tukur explained that it was out of his magnanimity that Governor Fintiri, a man with the human heart, directed ADSEMA to distribute food items as palliatives to the most vulnerable in Adamawa.

“Subsequently, ADSEMA followed the Governor’s directive and distributed palliatives from its store to each of the 21 local governments in the presence of representatives of each local government.

“That’s about the issue. However, come to think of it, 30,000 bags of rice delivered to Adamawa and still not even those close to the corridor of power are in the know about it. Haba!

“Where does Duhu get his information from; I mean the source?
What are his facts?
Is it from the ministry of humanitarian affairs or from NEMA that have the responsibility of sharing federal government palliatives?

Perhaps, Umar Duhu can help by asking the SGF, any person or agent the federal government contracted to deliver ours trailers load of rice, to hasten the delivery because we are in dare need of such palliatives to assist our people,” Tukur said.

Suleiman Usman, he mentioned as his name was, a PDP sympathiser, who considered it an honour to be read said, Umar Duhu was living in the insincerity of the previous leadership where some of the diverted bailout funds were claimed to be shared among the prayer warriors to exorcise the Boko Haram devil out of the state; where the donated trailers loaded bags of rice meant for the IDPs were diverted to the personal houses of those in authority and where truck of dates donated by the Saudi Arabian government meant for the IDPs were smuggled into the houses of those in government and associates.

“He can be thinking that every government can have the exploitative tendency as much as the previous government, he commended government that failed to succeed itself. A government that is the cause of our present condition in the state,” Usman Said.

Hon Abdullahi Umar Yapak a lawmaker representing Verre Constituency, Fufore local government area is a Peace Ambassador with United Nations-POLAC. He can therefore not be a party to the politicisation and/or diversion of humanitarian and/or palliative commodities.

Additionally, Yapak is an assiduous party member who invested fortune to ensure that APC is planted and deeply rooted in his constituency. If there is anything he will not be comfortable with while carrying out his assignments is to betray the people he represents.

Yapac has in a telephone conversation revealed to the Periscope reporter that he was aware that food commodities; about 160 bags, vegetable oil and other items were being received in Fufore local government from Adamawa state government as COVID-19 palliative and the items were duly shared among those the items were meant.

Yapac said he was not aware of delivery of any commodity from the federal government to the state.

“Well, Umar Duhu may have his source of information. As a legislature, we may not know some of these deliveries untill we embark on oversight function to verify.

“But what I can assure you is that once the delivery of the said food items from the federal government is received, those for whom it is meant will not be shortchanged.

For now, I can’t comment on the issue I’m not aware of,” Yapak said.