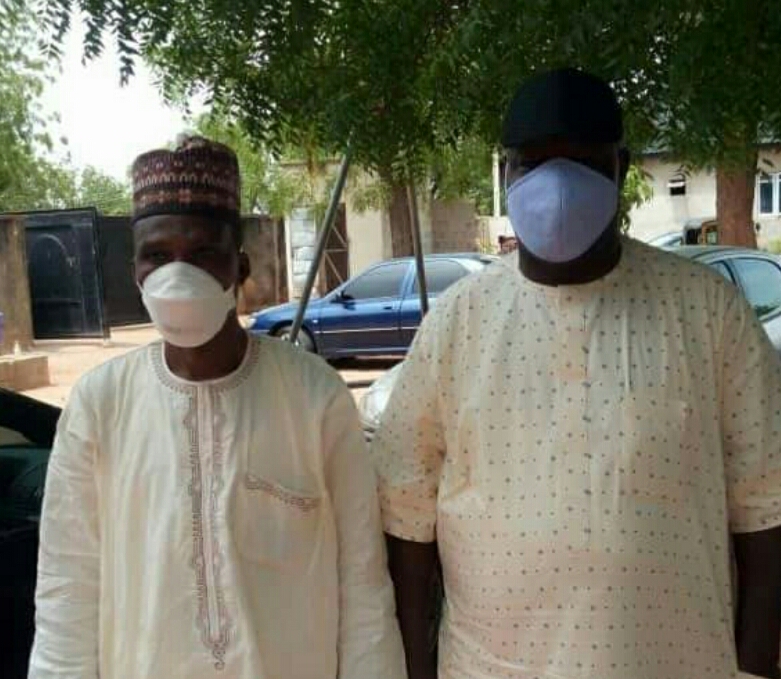 Pakka has expressed regrets that misinformation, misunderstood information, uncontrolled anger and Satanic influence could lead him into ranting, spitting out unpleasant statements that he did not mean and to the highly honoured family that has done good to Maiha more than any other family or anyone would and indeed to the country as a whole.

Pakka has disclosed that he was being misguided by retrogressive group, who instead of telling him the truth, lied that Dr. Adamu Muhammad Dodo the publisher of the Periscope was a quack journalist who was paid to tarnish his image, to destroy his leadership.

Pakka said he has realised that “his brother is a pride in Maiha and a worthy journalist by any standard.

“Dr. Dodo the investigative journalist has opened my eyes to know the good, the bad and the ugly journalists who are nothing but beggarly. My brother truly did not attack me but threw worthy challenges.

“It’ll interest you to know that the challenges that Adamu objectively threw up to me have given Maiha local government two brand new transformers that will soon be installed. I’ll also be aggressive in monitoring to ensure that the road contract awarded does not go beyond completion period.

“The blackout in Maiha did not start with me. When I left the office as a chairman, there was light in Maiha, coming back, I inherited blackout. I’ve been sleepless working on it. However, the staff and management of Yola Electricity Distribution Company YEDC disappointed me after having spent close to a million naira. I tried to this day I’ve not set my eyes on the chief executive of the YEDC.

“I’ve paid the sum of N1m to Dodo memorial school to be able to scale through registration and certification.

“May Modibbo Dodo, Justice Dodo, other family members and our parents who have gone before us be granted Jannatul Firdaus. May Allah SWT protect me from further hurting Dodo’s family,” Idi prayed.

The chairman thanked all those who contributed in making the reconciliation possible. He considered them as his heroes, additional to the Dodo family for which he said no one could deny him being belonged because “the Dodo and the Jibrilla families are one and the same in the history of progress and development in Maiha and his successes.

Responding, the spokesman of the family, Tijjani, Muhammad Dodo, a lecturer with the College of Legal Studies Yola said the apology was duly accepted. He told Idi that “the next challenge is for you to change the fortune and narrative of Maiha, to sincerely unite the people of Maiha and to do even beyond what our parents have done.”

Dr. Adamu Dodo said the Periscope has withdrawn all the charges against the chairman in the spirit of peace but would continue to hold leaders responsible.

“Our scope isn’t only Maiha but the entire state, entire country and internationally. We face challenges, we remain resolute and we surmount same because we aren’t beggarly,” Dodo remarked.