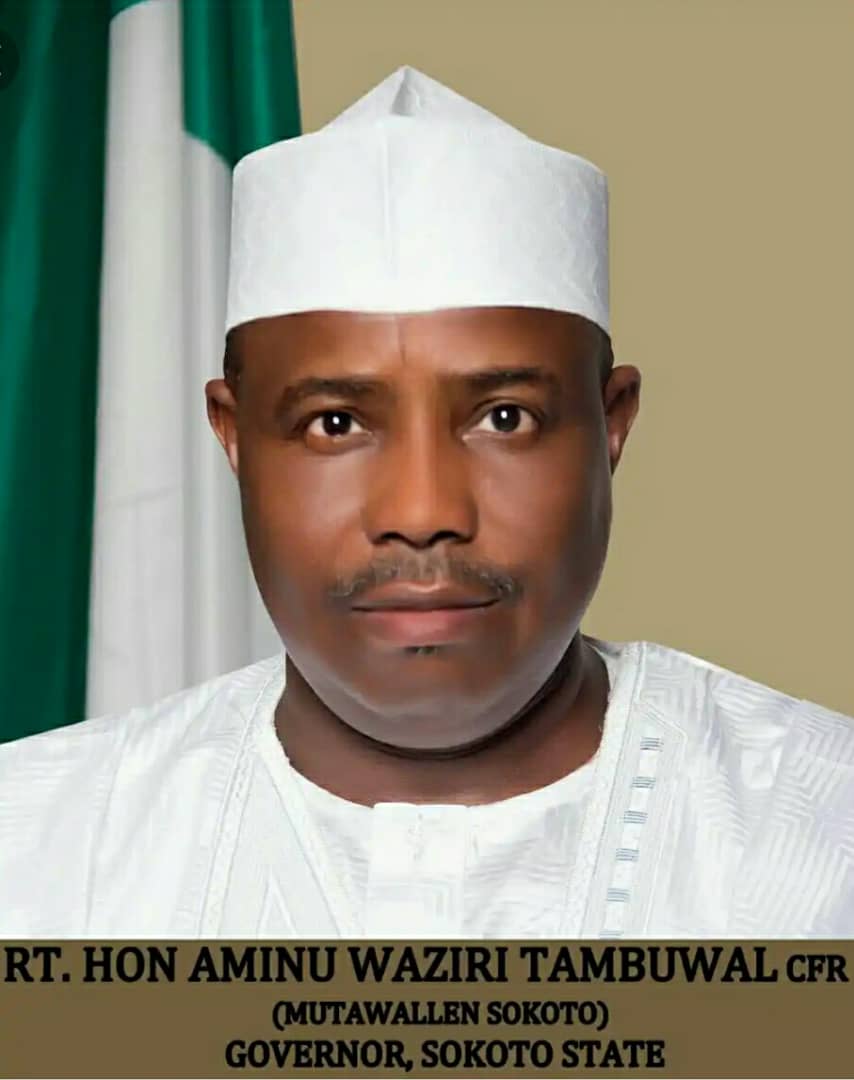 Governor Ahmadu Umaru Fintiri of Adamawa state has expressed shock and grief at the death of Sheikh Haruna Tambuwal of the father of Governor Aminu Waziri Tambuwal of Sokoto state.

In a press release Saturday, signed by the Press Secretary to the Governor, Humwashi Wonosikou, Fintiri described Shiekh Haruna Tambuwal who died at the age of 96, “as an epitome of humaneness and dedication to service of Allah.

“The death of the Islamic Cleric is a big loss for not only the Tambuwal family and Sokoto state but the nation as a whole, having devoted his life to preaching and raising Ulamah’s that have in turn contributed to the peace building process in Nigeria.

“Coming at a time Muslims observe Ramadan, Governor Fintiri prayed that the blessings of the Holy Month speaks for him.

“Governor Ahmadu Umaru Fintiri who commiserated with Governor Aminu Waziri Tambuwal and the entire family over the irreparable loss, described the Tambuwal Patriarch’s accomplishments as outstanding, saying his leadership and influence in shaping his society and the nation would truly be missed. “He will be remembered as a great leader that transformed his community for good because of his person and what he stood for“.

“Fintiri said the late Shiekh enjoyed a long and productive calling as a Cleric and community Counselor and is hard to quantify in words what he meant to Sokoto. “He was a pillar in the community”.

“He prayed Allah to reward his good deeds and forgive his shortcomings,” the press release read.