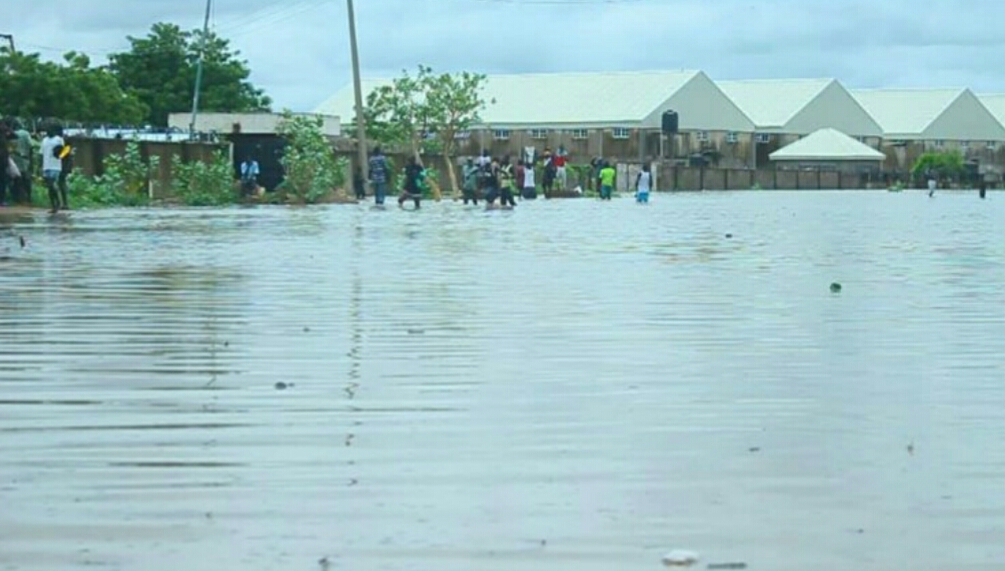 The Adamaw state capital has been submerged by flood following

a heavy down pour that lasted for about 6 hours at early hours of Wednesday.

As at the last count, no fewer than five areas of the metropolis were affected by the flood.

A resident of Tashar Sani area of Yola South, Mr. Bala Shehu said many houses have collapsed under the raging flood as domestic animals were swept away.

Another victim of the flood, Kissinger Bukar appealed to the federal government to intervene as the state government may find it difficult to tackle the perennial flooding alone.

Kissinger noted that he has lost almost everything to the flash flood, adding that the loses which the flood inflicted on the victims would be difficult to quantify because of its sheer magnitude.

Similarly, the leader of Tashan Sani timber market, Kenneth Ogoduna, said the flood has caused a lot of damage to their wares running into hundreds of millions of naira.

Many areas, particularly in the state capital are always submerged in flood whenever it rained.

The state government has at the beginning of this year’s rainfall evacuated garbage from some waterways in order to avert flooding, while it is yet to take concrete steps to address the most rampant ones in Yolde Pate, Bachure and Damilu areas of the state capital

Recall that there have been calls by government and experts against erecting buildings on waterways.

The calls were however ignored and the water would however have to have its ways; that’s the definition of flood, leaving people counting loses and looking for headway from the government that has hitherto discouraged what was ignored, having foresaw the consequences.