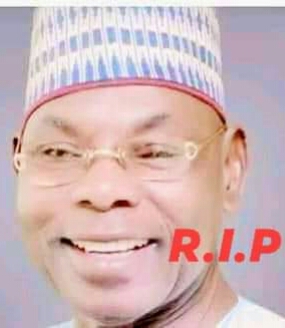 The Chairman Maiha Local Government, Adamawa state, Northern Senatorial District, Northeast Nigeria, Hon Idi Ali Aminu Pakka has commiserated with the family, the state and the country as a whole over the death of Amb. Wilberforce Juta.

Hon. Idi said the former Governor of defunct Gongola State, “Ambassador Wilberforce Juta died a famous hero whose prints of service to humanity will stand the test of time.

“Amb. Juta the elder statesman, the political mentor, was a famous kinsman of Pakka, Maiha LGA and a Senior stakeholder of the People’s Democracy Party, whose nobility, wisdom and selfless service will be greatly missed, at the time his contributions, like old honey in compounding medicine, will be highly rewarding, with a view to move the state forward,” Idi said.

Idi described Juta as a Father and a politician who was sincere in all his dealings with people.

“I’m in mourning over the death of a dear Father who saw in me a great leader and worked me on to pedestal of my destiny. It’s indeed a great loss not only to me or to the family, but to Adamawa state government and governor, to the PDP, the people of Adamawa and Nigeria as a whole.

“May the good Lord comfort us all,” Idi prayed.

Adamawa Police in a renewed war against prohibited firearms