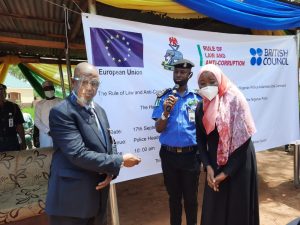 Recorded investigations by the police will not only going to enhance professionalism and effectiveness but will curb out the lost and change of suspect’s statement in court/ custody.

The visionary RoLAC cordinator Barrister Hafsatu Abdullahi who made the presentation to Commissioner of police added that utilising the STR will reduce the length of time during criminal trials and ultimately contribute to speedy dispensation of justice.

The Chief justice of Adamawa state represented by High court judge, Justice Abdulazees equally advice the command to train their officers to judiciously use the equipments for effective service delivery. 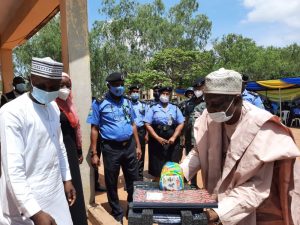 Commissioner of Police Olugbenga Adeyanju, has expressed gratitude to the entire body of RoLAC, United Nation and European Union for their laudable initiative and provision of an equipped statement room.

launched in 2017, the Rule of Law and Anti-Corruption (RoLAC) is funded by the European Union with the aim to strengthen the application of law and curb corruption.

RoLAC operates at the federal level and in five focal states, namely; Adamawa, Anambra, Edo, Kano, and Lagos where it focuses mainly on the following:

* Ensuring women, children and people with disabilities have access to justice

* Enhancing the voice of Nigerians in curbing corruption.