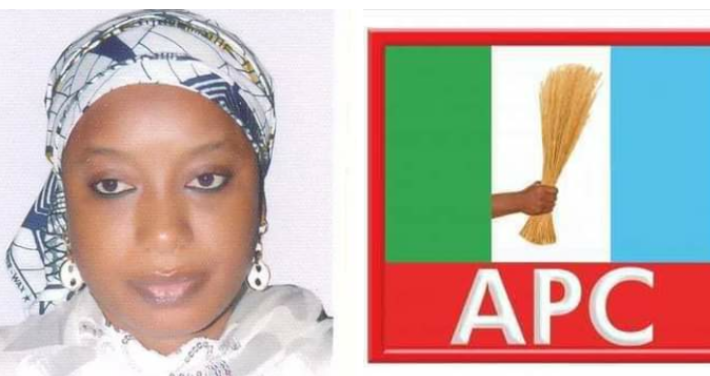 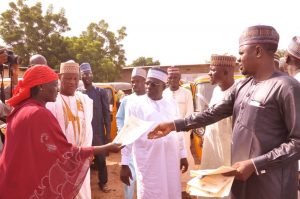 Represented by her namesake, the wife of Chief of Staff to the former governors, late Abdulrahman Abba Jimeta, Sen Binani donated Tricycles (Keke Napep) to 42 beneficiaries, urging them to ensure judicious use of it. 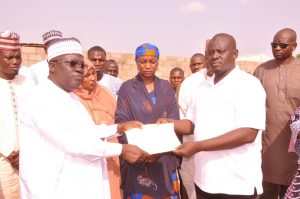 Presenting the tricycles to the beneficiaries, the Adamawa APC Chairman, Alh. Ibrahim Bilal lauded Sen Binani for making APC proud in Adamawa state; “as the only APC Senator from Adamawa, we are very proud to call you our own especially, with this empowerment coming again in less than a Month after your the previous intervention”. 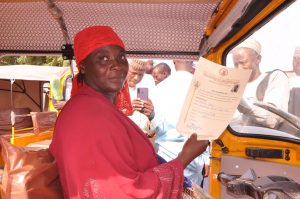 On his part, former Adamawa speaker, Alh. Hassan Turaki known as Yidi, who spoke on behalf of the eleders of the zone, commended the senator for representing Adamawa Central and the APC effectively and efficiently.

“This is the third time I am being invited for empowerments by Senator Binani within the span of 1 year. No one needs a soothsayer to be told Senator Binani is a great asset to Adamawa state. I therefore, assure her of our maximum support whenever and wherever the need arises,” Yidi said. 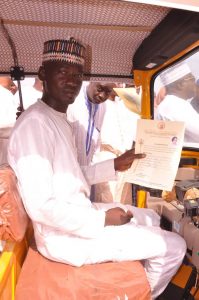