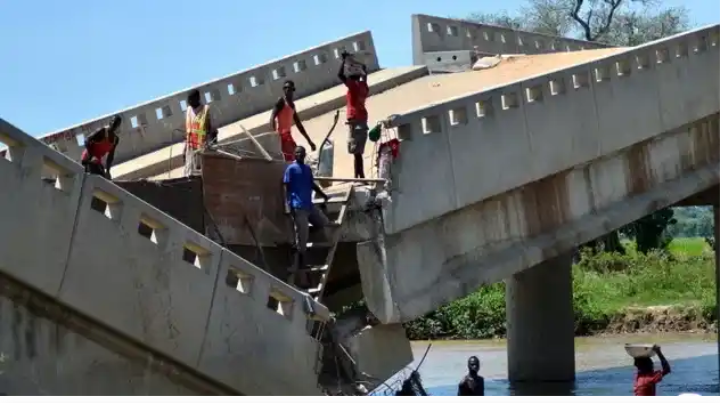 North East Development Commission (NEDC) has revealed that it has taken over the reconstruction of major bridges destroyed by Boko Haram insurgents in the North-East.

Mr Mohammed Alkali, the Managing Director of the commission, disclosed this during the inauguration of the commission’s infrastructure reconstruction and rehabilitation projects on Tuesday, March 2, in Yola.

Alkali said that the 12 years of insurgency in the region had affected commerce, following the destruction of markets, roads, and bridges as well as public sector infrastructure.

He said the Federal Ministry of Works and Housing had awarded numerous contracts for the rehabilitation and reconstruction of roads in the region.

The managing director said that the execution of the projects was very slow due to poor funding and insecurity in the region.

“Under the intervention, the commission has taken up the responsibility for full funding and reconstruction of some major bridges destroyed by the insurgency in the region.

“The first project to benefit from this co-funding collaboration is the reconstruction of three bridges at Kudzum, Dilechim, and Wuro Ngayandi all in Adamawa.

“The commission will, as part of the collaboration with the Federal Ministry of Works and Housing, also construct additional three bridges on the newly awarded 80-kilometre Jabbi Lamba-Belel road contract,” Alkali said.

He said that the reconstruction of the bridges would restore trade links between Adamawa and Borno as well as boost trades with the Cameroon Republic.

Alkali said the commission had apportioned 647 projects across the states in the region in the education, agriculture, and health sectors.

The Minister of Works and Housing, Mr Babatunde Fashola (SAN), said several schemes had been evolved by the current administration to close the funding gap required for road projects in the country.

He said the Chinese Exim Bank loan was one of the schemes and added that more funds were still needed to cater for road infrastructure deficit across the country.

He said the ministry had approached the NEDC for a partnership to improve the quality of road infrastructure in the zone.

“The NEDC an agency of the Federal Government mandated to rebuild the region gladly accepted to collaborate with the ministry to co-fund road projects in the zone.

“This laudable partnership has given birth to the co-funding of any federal highway in Adamawa,” Fashola said.