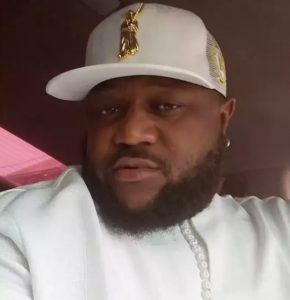 The popular pest killer known as sniper appears to have become a handy poison for people with suicidal impulses following three deaths today in Lagos and Bayelsa states linked to the pesticide.

In Lagos, a popular DJ, Seun Omogaji, aka djxgee, reportedly committed suicide by taking sniper about six hours after he posted a suicide note on Instagram.

Also in Bayelsa, a father allegedly poisoned his three children by forcing them to drink sniper resulting in the death of two among them.

Omogaji apologised to his children and mum in his suicide note but did not state the reason for his action.

He also said he deliberately wore white in the photos he attached to his suicide note instead of black because white was his favourite colour.

NewsmakersNG learnt that the late DJ had been having marital issues lately and that could be the reason for his decision to kill himself.
Omogaji’s suicide note. On the Bayelsa case, the state commissioner of police, Aminu Saleh, said the father, Samuel Sunday, had been arrested.

The commissioner told newsmen at the crime scene in Bayelsa that two of the children died after drinking sniper while the third one survived.

The surviving son told reporters that their father and his brother gave them the sniper to drink.

“Our father and his brother tied three of us and gave us sniper to drink.

“I was told that my brothers are dead and that I am the only one that survived,” the boy said in tears on his hospital bed.

He said that suspect and his brother, Aya Preye, were being charged for the murder of the two children.

The News Agency of Nigeria gathered that Sunday and his wife had divorced but the three children were living with their grandmother before the incident occurred.

The police commissioner said that the suspect had alleged that his sons were wizards who were responsible for his sickness.

Dr Moses Emeka of Hillem Medical Centre, who attended to the only survivor, said the boy was brought to the hospital unconscious by an NDLEA official.

The doctor confirmed that the survivor was responding to treatment and would soon recover.