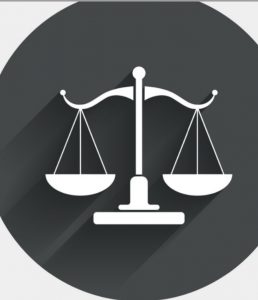 It is no longer new that the Chief Law Officer of Nigeria, Chief Justice Walter Onnoghen was removed from office as chief justice, and will be arraigned before the Code of Conduct Tribunal in Abuja, Nigeria on Monday, January, 14th.

What may be new, and what is news to many, is the suddenness of the strike against the chief justice by the government, and the very serious criminal allegations that have been laid at the feet of the nation’s chief law enforcer.

To many, the challenges associated with this chief justice cannot be far from the manner with which he assumed office.

Troubled within by internal unrests in the legislative circles, and battered from the outside by external executive forces that swore that he will never become chief justice, it took the intervention of civil society organizations, the media, non-governmental organizations amongst the lot, to force the hands of government to look the way of the now embattled Onnoghen to become the chief law officer of Nigeria.

Now that he’s been slammed with criminal charges, Onnoghen it is alleged, has become extremely rich in his less than one year in office as CJN, tampered with the status quo of the justice system by placing square pegs in very round holes, and the financials; forget it, it was a mess.

“That he will be arraigned on Monday over non-declaration of assets is just a tipoff the icebergs”, says legal analyst, Lucas Bukkas.

‘the man was neck and shoulders deep in corruption”, he said.

“He kept maintaining domiciliary account with unnamed banks comprising of different foreign currencies” Bukkas to me.

According to the government, Onnoghen has also been accused of failing to declare his asset as required by the Code of Conduct Bureau Act.

Justice Onnoghen, meshackdaily gathered, was also asked to vacate his office as a result of the charges bordering on asset declaration proffered against him.

So, to the Code of Conduct Tribunal (CCT) on Monday, January 14 will the battle shift.

Meanwhile, the CCT itself has also confirmed that Justice Onnoghen would be arraigned before it on the said date for alleged non-declaration of assets.

A legal aide to Justice Danladi Yakubu led of the Code of Conduct Tribunal (CCT) in Abuja told me through the social media application, whataspp, that the CJN is facing charges of failures to declare his assets as required by law and for operating Bank Domiciliary Foreign Currency Accounts.

“Meshack, the charges against Justice Onnoghen have already been filed and served on him on Friday, January 11, at his official residence in Abuja in preparation for his appearance at the tribunal’ ,she said.

Meanwhile, meshackdaily has been informed that the federal government has engaged the service of a Senior Advocate of Nigeria whose names I am ye to confirm to lead the suit against justice Onnoghen, just like it was gathered that some eminent lawyers have also volunteered to defend him.

The CJN will be arraigned on a six-count charge, and will face a the three man panel led by Justice Danladi Y. Umar, at the CCT courtroom, situated at the headquarter, along Jabi Daki biyu, Saloman Lar way, Abuja, at about 10am, on Monday, January 14th