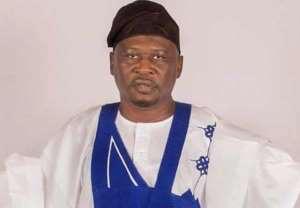 Congratulating the successful Permanent Secretaries for emerging the best in the promotion examination, Fintiri tasked them to work assiduously, with a view to accomplishing the dream associated with the administion’s 11 point agenda.

Fintiri urged the newly appointed to be transparent in their official conduct in their various places of assignments as civil service would not be politicised.

To this effect, Fintiri directed that henceforth, elevation into next cadre in civil service, would be best on merit in order to sanitise the system for the better.

In their separate responses Alhaji Halilu Malabu and Doctor Barminus Augustine Gayus on behalf of the appointees, thanked the Governor for finding them worthy of the appointments and promised to bring to bear their wealth of experience for the progress of government and the state.

The oath of office and allegiance were administered on the Special Advisers and Permanent Secretaries by Attorney General and Commissioner of Justice, Barrister Afraimu Jingi.