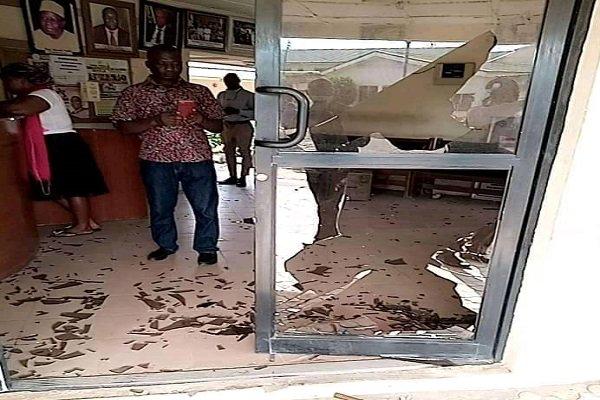 Health workers at the Federal Medical Centre, Lokoja in Kogi State have announced total withdrawal of services to patients till further notice. Arising from an emergency Joint Action Congress (JAC) meeting in Lokoja on Wednesday, the health workers said the decision to down tools is premised on the attack to their lives and properties this morning by unknown hoodlums.

They also resolved to suspend the proposed peaceful protest scheduled for Thursday.

“Some equipment like infrared thermometers, laptops, ATM cards, car keys, two motorcycles and other materials, which are vital in providing care were carted away by the hoodlums. Also, our administrative block was vandalised,” they said.

The workers’ union of the health institution warned that they would not resume work until security of lives and properties is guaranteed.

They also gave other conditions to be met before services could be restored in the hospital, which include, adequate provision of personal protective equipments (PPE), validation of Covid-19 status of Accident & Emergency staff that went on self isolation, expanding triage points and provision of testing facilities (PCR machine).

They also insisted that the number of patients to be attended to per clinic should be maximum of twenty per day.

Patients on appointment should be stratified into two sessions to reduce crowd and canopies should be provided.