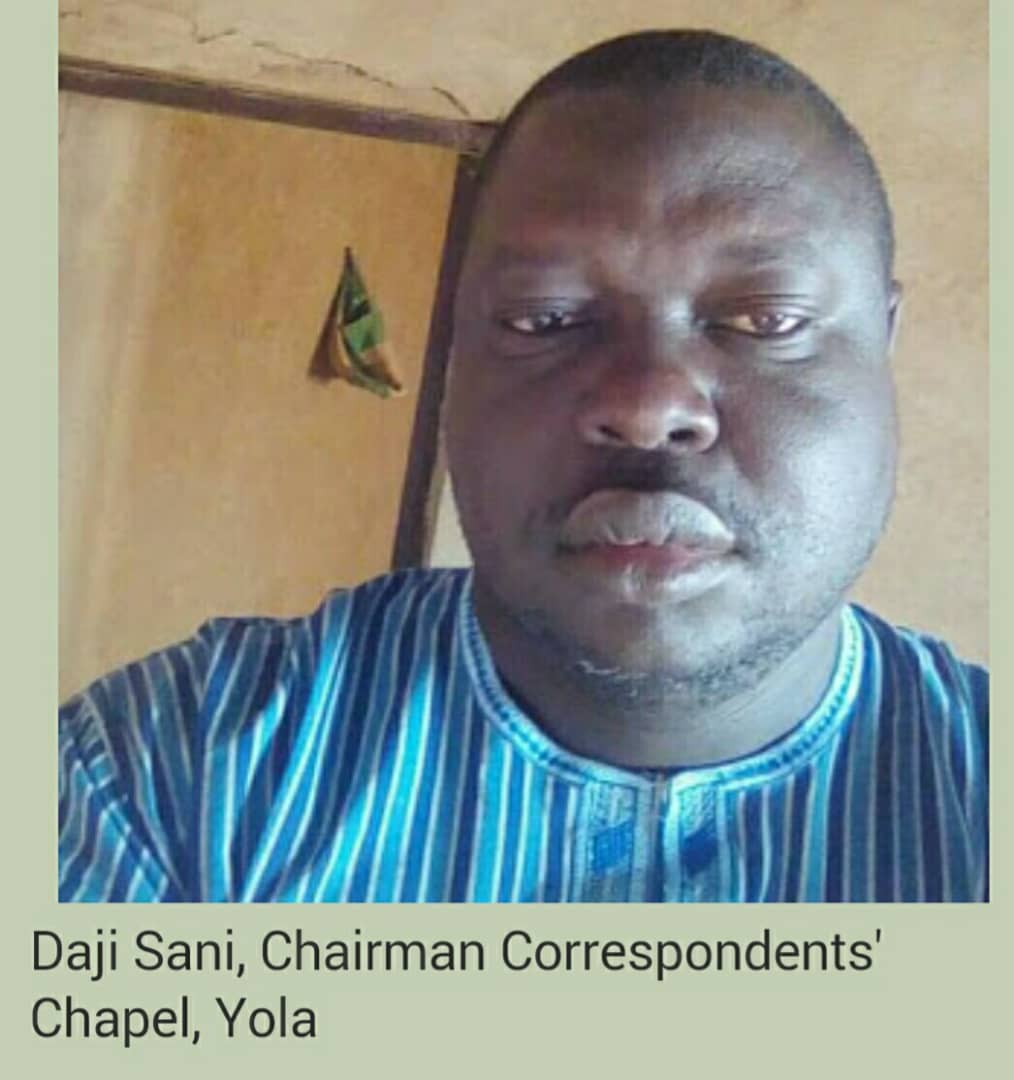 Nigeria Union of Journalists(NUJ) Adamawa State chapter has inaugurated newly elected  executive council of the Correspondents’ Chapel, Yola with Daji Sani of ThisDay as the chairman.

Other elected members inaugurated include;

The posts of assistant secretary and financial secretary are still vacant.

The new executive members were inaugurated the the NUJ secretariat, in Yola.

Comrade Dedan commended the sportsmanship exhibited by members of the correspondents’ chapel in electing the new Exco through consensus and wished them well while performing their official responsibilities.

Dedan who acknowledged the contributions of the Exco members, urged them to run the affairs of the chapel transparently with integrity.

The NUJ chair stressed the need for journalists in the state to always exhibit high sense of maturity and decorum while carrying out their activities.

Responding, the Chairman of the Chapel, Daji Sani thanked his colleagues and State Exco for giving them the mandate to serve in that capacity, where he solicited for cooperation, constructive criticism and meaningful advice from the members for the progress of the Chapel.

Several other personalities who spoke at the inauguration ceremony commended the maturity exhibited by members of the correspondents’ chapel in electing their leadership without bitterness.