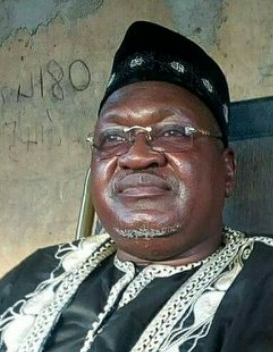 Idi Usman Shehu the former governor Bindow appointed and the courts denounced district head of Jalingo-Maiha district has submitted a petition before the Adamawa State House of Assembly, Yola, challenging his rejection as any district head.

The state legislators, ATV Yola reported, have on Thursday presented the petition as submitted and directed a house committee dealing with the chieftaincy affairs to study it and advised accordingly.

One would have thought that idi with the seeming uncritical supporters would forward a petition against the determination of the Court of Appeal before the Supreme Court rather than dragging the state lawmakers to officiate what has already been concluded, a sage would articulate.

A lawmaker with the state house of assembly has on Friday disclosed to the Periscope that the petition was not only belated, it was clearly an aberration.

The lawmaker revealed that legislators are not in any position to address any issue, which call for redress is before the competent court of law.

The lawmaker added that judiciary interprets the law, therefore whatever it is adjudicated would not be subjugated, “legisubjected” or “legisjudicated,” as doing so would amount to “legislooting” the law.

The question the critical thinkers subjected to critical conversation is, who does Idi petition before the state assembly? Is it the Law, the High Court, the Court of Appeal, the Emirate Council, the Governor or the Legislature as an arm of government and/or all of the above?

“The nephew to a village head whose father was favoured to serve the immediate past district head of blessed memory isn’t grateful that the aristocrats in Jalingo-Maiha did not petition against the illegality of his participation in the contest for lacking any link with the monarchy in Jalingo-Maiha district, he’s petitioning the process that disqualified him of a stool ‘bequeathed’ to him by a former governor who knew nothing about the law and the monarchy,” a sage would say.

The law is explicit about the appointment of district head. For due process to be said to be genuinely observed, the credibility in having Idi to join the contest ought to have been tabled, a sage would observe.

The procedures for the appointment of the district head of any of the districts in Adamawa state are statutorily delineated under section 7 of the Adamawa State District Creation Law, 1992 (as amended), herein after referred to as “the applicable law”. Same provides this:

“7(1) The procedures for the appointment of the district head shall be in the following manner where traditional or customary methods of selection or District Head exist.

(a) Selection shall be done in accordance with tradition and custom of the area consisting the District and under security agents as the Council may require.

(b) The representative of the Council shall within one week make a report in writing to the Council of the result of the selection and submit same indicating the first three names who have the required number of votes set down by the Council.

(c) On receipt of the report, the council shall deliberate on the report and shall recommend one person to the governor for approval as the District Head of the District concerned.

(d) the Council shall within one month of the approval take necessary steps to perform Turbaning Ceremony.

Subsection (c) has said it all; irrespective of scores, three persons with the highest votes shall be subjected to selection of one candidate to be recommended to the governor by the Emirate Council.

What went wrong in the process and that which was so challenged before the law, was for the governor to appoint a candidate who was not recommended to him by the Emirate Council.

“The petition can simply be described as diversionary, a conspiracy aimed at frustrating the Emirate Council’s recommended and the courts’ reaffirmed district head of Jalingo-Maiha for approval by the governor.

“The petition will not in anyway prevent the governor from honouring the courts order,” a sage would remark.