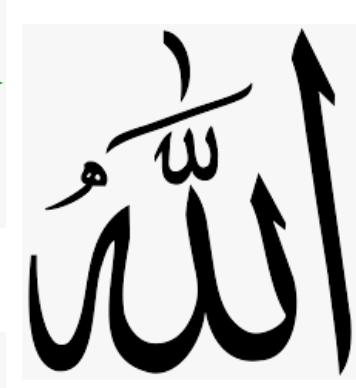 The name Aasiyyat rings a bell when revealed religion is being reflected upon. She was a guardian to Prophet Moses (AS) in the pagan Pharaoh’s house as queen the heretic king would never to touch for being secretly practicing Muslimat

There was another Aasiyyat of our time, married to the Oyedepo family in Omu Aran community, Ilorin, Kwara state, Central Nigeria, West Africa, who like her two rivals in marriage, refused to be induced by materialism that blinded her husband with their children to renounce Islam in spite of the threats, persecution and intimidation by her wealthy Bishop stepson

Bishop David Hassan Bello Oyedepo is quoted to have threatened his stepmother Aasiyyat to either join his kind of Christianity-playing God that determined her worldly fortune or die a miserable dotard.

Against Oyedepo, whose wealth bludgeoned her husband and children, Aasiyyat sensed Satanic in the wealth used in tempting her faith; to exorcise the devil in heretic, She requested the Muslim Ummah to support her with prayers and ability to perform Hajj pilgrimage by way of accomplishing the five pillars of Islam, to be shielded from the forerunners of the devil and to die a pious Muslimat. This was her only wish she would relate to Dr. Aliyu Tilde some years ago.

God, against Oyedepo’s, answered Aasiyyat prayers; she has successfully performed an acceptable pilgrimage that have formed a shield against the shirk that threatened her faith and her being as much as it has generated love and compassion she enjoyed from the Muslim community in Kwara and beyond.

To die miserably wretched, is for one to die not a Muslim bowing to the Will of Allah SWT, Aasiyyat, who eventually died with Kalimat shahada, a believer’s testimony that there’s only one God alone without father, mother or children to be worshipped, would say.

Aesiyyat’s two weakling sons who renounced Islam under the financial influence of their stepbrother, in whose custody she died, would not want to release her corpse to the Muslim community for burial, claiming that their mother renounced Islam on her death bed.

“The Muslims insisted they wanted to give Momo Aasiyyat her last respect by burrying her according to Islamic rights. The police law department certified this but the sons refused to bring the corpse. They claimed their mother accepted Jesus last moments to her death.

“Momo Assiyat already told people that once the children carried her, she would not likely to stay for another 14 days before she died in their custody, which really happened.

“But another child of the woman who was there when Momo gave up said that Momo was saying ” Laila Ila Llah” …he asked whether what that meant is acceptance of Jesus according to the witness in Yoruba ‘La Ila Ila Llah ni momo nwi titi won fi dake …se itumon iyen nii wipe wongba Jesu abi bawo ni?’

“Though they lied, but the lie was punctured immediately by their own blood. About two hours ago, The Chief Imam Omu Aran and the Omu Aran Muslim Community performed the type of janazaat prayers for a missing corpse in their family house in respect of momo Assiyat whose corpse the sons refused to release,” a Muslim Community Kwara platform revealed.

Aasiyyat, like every pious Muslim would, believed that there is no compulsion in religion. She has resigned her fate to the faith she professed and was blessed till death happily smiling not as wretched heretic, in spite of all odds.

May Allah SWT forgive her shortcomings and grant her Jannatul Firdaus.