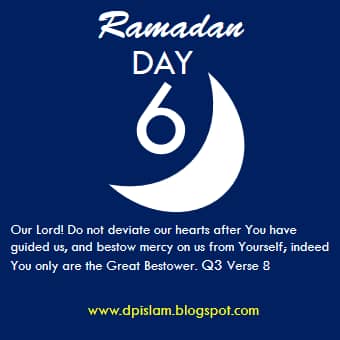 The sage in Jalingo-Maiha said there is no point making any comment by the exploited and oppressed who surrendered in faith to his Creator to decide his fate; to reclaim his justice.

“We’re now in prayers this blessed months of Ramadhan against injustice, conspiracy and hypocrisy. We believe Allah SWT will respond positively to our prayers. When they plotted a plot, Allah is the best of planners.

“We’ve been praying ever since. However, the concerned youths have organised what they would call a second phase of Qunut prayers.

“The leadership may ignore it as insignificant but today enters the 6th day of month Ramadhan, the day 6 of Qunut prayers within and outside Maiha.

Allah SWT answers prayers of the oppressed anytime. Prophet Moses prayed against Pharaoh’s tyranny, you know the result after forty years. Democratic governance doesn’t take up to that years,” the sage would prophesied

According to the concerned youths of Jalingo-Maiha district, “the approval of the appointment of the district head of Jalingo-Maiha can’t go beyond undue delay. We’ve waited and are still patiently waiting. We shall wait for probably another two years when the courts orders would be honoured in God’s name.

“When one expresses his grievances of being shortchanged, he is either labelled as enemy or an anti system considered as progressive and prosperous. The point however is that we don’t want to have a system prosper in injustice, acting above or undermining the law.

“The politicisation of courts ruling, translating to perceived sentiment occasioned by undue executive delay in, if to be at all, the approval of appointment of the Emirate Council’s selected and recommended and the courts declared district head of Jalingo-Maiha district, Maiha local government area, Northern Senatorial District of Adamawa state, Northeast Nigeria with over 7 years vacant palace, 3 years after high court judgement and over 7 months with the determination of appeal court that affirmed the high court judgement, has made the good people of the area to nurse a misgiving feeling about the present government that has clearly neglected them in terms of progress and development, lacking a dividend of democracy to boast.

“The only time the governor visited the local government was more than two years during campaign – unlike the rest of the local government areas in the zone – the promises made and yet to be fulfilled, in addition to the suspension of the implementation of high court orders and the delay in honouring the appeal court’s that affirmed the high court judgement, over seven months after determination, are taken as pointers to executive injustice, injurious to progress and development.

“State government’s presence in terms of capital projects and other social amenities, summarily went into hibernation over seven years ago with the death of the district head of Jalingo-Maiha, the Ubandoma Mubi of blessed memory.

“The state government’s interference in matters relating to the monarchy, you could refer to as traditional institution is indeed inimical to progress, development, peace and mutual coexistence. That’s why the court was taken as an option, justice was announced but the executive is yet to honour.

“Some have godfather, some will say God the Father; however, as servants bowing to the will our Creator, we depend on Him for justice as He has been given us the victory against fascism, anarchy, conspiracy and hypocrisy targeting the monarchy and over 214 years aristocracy. Peace!”.