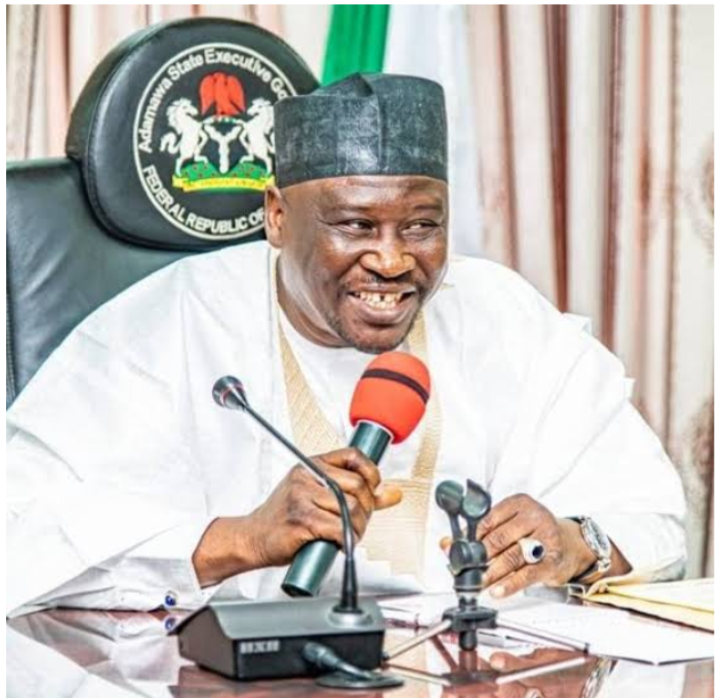 Last year, the Adamawa State Governor, Rt. Hon. Ahmadu Umaru Fintiri was commended for the consistency in the prompt payment of workers salaries, which he has, during the 2019 campaign, promised to be among the priorities; whether or not there was the monthly allocation from the federal government, workers would enjoy their salaries on or before the 25th of every month.

Will the Governor be commended for maintaining the position in his second year in office? Why are workers salaries for the month of May not paid to this day?

The salient question asked last year, was on the flyovers; whether or not they were necessary in the the face of water scarcity, dysfunctional healthcare and maribund educational systems.

In his response to the effect of “necessariness,” Governor Fintiri said the flyovers initiative was a projection for the future. Whether suffocating, or sufficient a persuasive, the story of the flyovers would not be “red-ink-bled,” with one having been completed to be commissioned tomorrow; making the lengthy holdup stress a history and the other reaching a commendable stage of completion.

This year the benefitting local government areas would have every reason to jubilate, commending the Governor for the various projects executed and commisioned.

The salient question, this year, worthy of note, would be on loan? Whether or not Adamawa State should have to be mortgaged to a loan scheme for the government to be seen to be working; whether or not strategic planning and thinking outside the box would not be without being tied to the loan and/or binded by bond.

Governor Fintiri had earlier lamented that among the legacies of the past governments that jointly contributed to ruining the progress and development of the state was the outstanding loan of N115 billion he would not help but to keep servicing; feeding fat on the lean allocated resources, frustrating developmental drive.

The APC as the prominent opposition party alleged that the Governor, has in less than two years, collected a loan of N43 billion naira for which he would not fully give account as it has not been translated to progress and development of the state. The media chat would be the avenue for refutal.

This would have taken the chat to the next boiling question, having to do with the N100 billion Agribusiness Bond; wether or not it is necessary and why should part of the bond be used to pay previous loans collected by local government chairmen, as well as part of it be used for capital projects, if it is meant to improve the revenue generation in the state.

The chat would have cleared the air as to the objectiveness of the claims.

The lone lawmaker, who refused to sign for the approval of the N100 billion bond revealed that he did so because it was bogus and beyond the ceiling for the approval; to be in tune, he said, he suggested to the house to split the bond into N25 billion for four years. His suggestion was however not honoured.

The media aid the commissioner of information, the state legislature and the consultant for the Agribusiness Bond have later separately explained that the N100 billion bond would be splitter into N25 billion for four years.

Is it that the lone seeming radical lawmaker who rejected the proposal did not understand how the N100 billion bond would be accessed or that the others promoting the need for the bond have reverted to the lawmaker’s earlier suggestion to be able to validate the legitimacy of the bond?

The chat would not escape the issue of the monarchy in Maiha; whether or not the Governor, who earlier assured that he would not interfere in matters relating to the traditional authority, has decided to take side with the court defeated.

Over eight months after the Appeal Court determination that affirmed the High Court judgement delivered about three years ago, the Governor is yet to honour the courts orders; to approve the appointment of the heir, being selected by the Emirate Council and recommended for approval, as the courts declared district head of Jalingo-Maiha.

The question remains, why the delay?

The Periscope will not be part of the media parley, these questions would have been among other boiling issues for the executive clarification.