ACF Calls For Probe On Metele Killing, Northern Govs To Allocate 25% Of Budgets To Education To End Almajiri Menace, Cautions Politicians Against Overheating The Polity 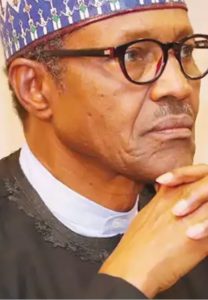 ACF Calls For Probe On Metele Killing, Northern Govs To Allocate 25% Of Budget To Education To End Almajiri Menace, Cautions Politicians Against Overheating The Polity

The pan-Northern socio-political organisation, Arewa Consultative Forum, on Wednesday called on the Federal Government to institute an inquiry into the killing of nearly 100   soldiers by Boko Haram in Metele, Borno State, last week.

The ACF stated this at the end of its quarterly National Executive Council meeting in Kaduna.

A communiqué of the meeting  signed by the National Publicity Secretary of the forum, Alhaji Muhammad Biu, expressed concern over the killings.

The group said the inquiry would unravel the immediate and remote causes of the attacks.

It, however, commended the government for quickly deploying troops to tackle the insurgents.

ACF said, “The meeting noted with grave concern the incidence of insecurity in the country, particularly the resurgence of the Boko Haram insurgency in Borno State, where the insurgents attacked the 157 Task Force Battalion in Metele, Borno state which claimed the lives of many Nigerians.

“NEC also appealed to the military and other security agencies to be proactive and always share intelligence and work in synergy to avert such unfortunate incidents.

“It also called on the Federal Government to institute an inquiry into the unfortunate attacks with the view to finding the immediate and remote causes in order to restore confidence to our troops and also avert recurrences.”

Also, the group lamented that the majority of the 13 million  schoolchildren out of school in the  country are Almajiri.

The ACF called on northern state governments to declare a state of emergency in education to revive the  sector.

The ACF appealed to state  governments to allocate at least 25 percent of their budgets to education to address the lingering crisis in the sector.

On the Academic Staff Union of Universities strike, the ACF urged both the FG and ASUU to return to the negotiation table in order to end the strike.

On the 2019 general elections, the group cautioned politicians against overheating the polity.

“Elections should not be a declaration of war where our youths are used as political thugs, but rather an opportunity to elect credible leaders who will enhance security, eliminate corruption, enthrone social justice and the improvement of the well-being of the citizenry,” the communique said.

Meanwhile, the Chief of Army Staff, Lt. Gen. Tukur Buratai, has said  no army can have enough equipment  for its operations.

Buratai, who spoke on the Metele  attacks during the 2018 Chief of Army Staff Annual Conference  in Maiduguri on Wednesday, said the army had started to strategise for the end of the Boko Haram insurgency in the North-East.

The COAS also revealed plans for the 2019 general elections, saying Operation Safe Conduct would be conducted in the country by the army to ensure free and fair elections.

The theme of the conference, which was also attended by President Muhammadu Buhari, was, “Optimising the operational efficiency of the Nigerian Army towards safeguarding democracy and national security in Nigeria.”

The army chief said, “Internally, there has been violence in some sections of the country, which constitutes security threats to Nigeria’s democracy and existence. The causes of the crises are often for ideological, economic, political, religious and ethnic reasons.

“The fight against Boko Haram in the North-East will continue unabatedly. The army is collaborating with Chad and Cameroon and we are currently conducting joint operations in adjoining areas.”

He added, No army can have enough equipment to conduct its operations. So it is incumbent on all commanders to know that we are involved in an asymmetric warfare which calls for dynamism and flexibility.”

Buratai said soldiers must remain non-partisan during the 2019 general elections.