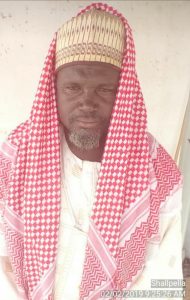 Fulani nomads in Nigeria have been advised to stay where the registered as voters and exercise their franchise during the forthcoming general elections in the country.

Yusuf Ahmed Fulani leader in Kalaa of Hong local government area of Adamawa State made the call while speaking with The Periscope Global Politics, called on Fulani nomads to come out enmass and participate in the elections and to give mandate to those that could deliver, saying some elected representatives have failed them despite total support given to them in the 2015 elections.

“Some of the elected representatives disappeared shortly after the conduct of 2015 general elections but only appeared recently seeking for reelection, elect credible leaders who can deliver and not those with empty promises and distant themselves from their constituencies after elections,” Ahmad said.

Ahmed who noted with satisfaction the policy of President Buhari’s administration on agriculture, said the policy has enhanced food security in the country. He however stated that there was no arrangement made cater for herders as all grazing lands were taken over by farmers.

Ahmad said the farmers/herders conflict could be reduce if grazing lands were provided as farming activities and rearing of cattle are interwoven, urging traditional rulers to assist in ensuring that lands for grazing are provided in their respective domains to enable herders rear their cattle without any hindrance.

Ahmed also pleaded with the Buhari led administration to ensure that herders were provided with lands anywhere in the country for grazing and demarcate cattle routes.

Ahmad lamented that majority of the government grazing reserve have been taken away by individual farmers.