Friday Qutba: Calling for unity of the Ummah as an entity 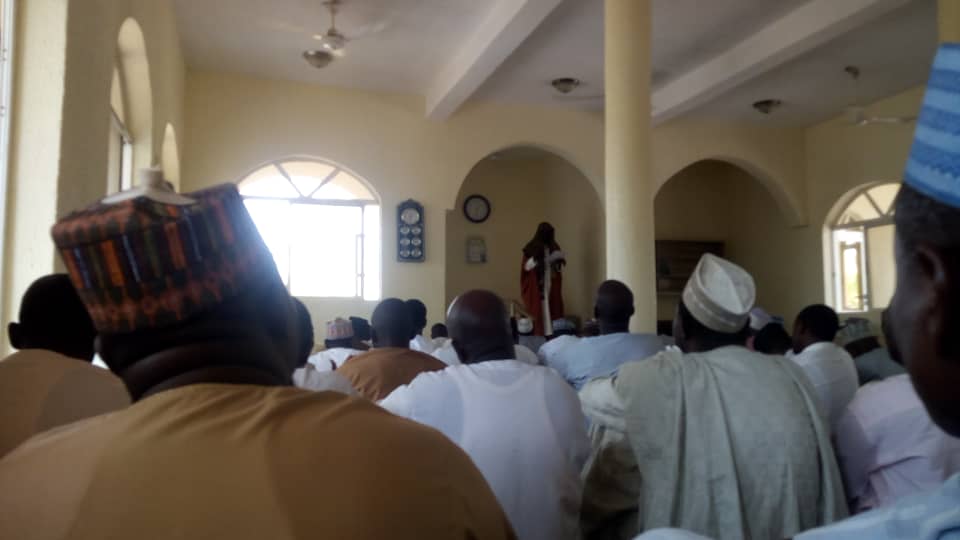 It was the second Friday of the month of Muharram, one of the four sacred months in Islamic history and practice

Imam Haruna Yawale of the FMC Yola central Mosque, building on the previous Qutba; the first of the first Friday of the New Islamic year that calls on societal reorientation and srlf-purification against any act of innovation associated with month Muharram, being practiced by those who misunderstood the teachings and practice of Islam, hammers on the need for the unity of the Ummah as an entity.

The Qutba reminds the Ummah on the pact signed against being driven to hell fire in the life great.

The best treasure, a key that unlocks the door to happiness, peace and contentment in life is for one to have the blessing of being a Muslim and to remain eternally devoted to the teachings and practice of the faith.

The society is doomed when Muslims fail to unite. Disunity among the Ummah, the Qutba observed, is tied to the lust for leadership; the quest for materialism. The world will be lived in peace at ease when the Muslims collectively burry the disintegration spirit associated with sectarian differences nurtured by selfish interest.

The Qutba frowns at the blind followership, libel against leaders by the subjects and arrogance on the side of leaders who fail to agree that they are not indispensable.

The Qutba, having prayed for the good in the leaders, admonished them to be just, to have strong faith in realising that the responsibility they are being shouldered with is a trial and must be put to account in the life great beyond.