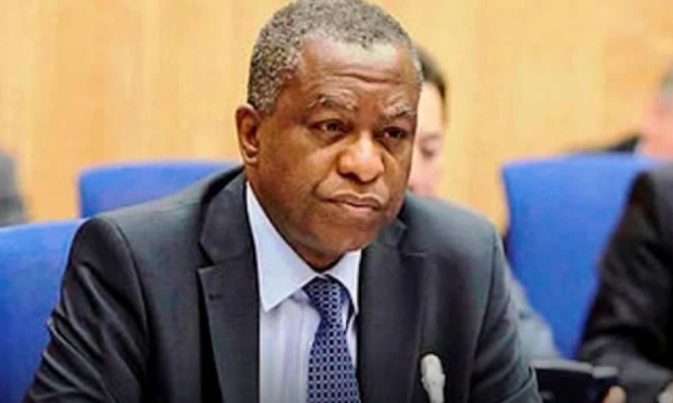 The Federal Government has listed five conditions for reopening of the country’s land borders for goods importation from neighbouring countries.

As one of the conditions, the Federal Government said Nigeria would not accept imported goods that were repackaged by neigbouring countries and brought to Nigeria.

It said the conditions which would be presented to Benin and Niger Republic in two weeks, must be met before the Nigerian land borders would be re-opened.

The Minister of Foreign Affairs, Geoffrey Onyeama, disclosed this during the meeting of the Inter-Ministerial Committee on the Temporary Partial Closure of Land Borders in Abuja on Monday.

He insisted that neighbouring countries must respect the Economic Community of West African States’ ‘rules of origin’ if they must bring goods into the country.

The preconditions for both goods and humans coming into the country, however, applied to all ECOWAS member states.

Onyeama said that goods imported for the Nigerian market must be escorted directly from the port of member states directly to the nation’s land borders.

Also at the meeting, the Comptroller-General of the Nigeria Customs, Col. Hamid Ali (retd), said the January 31, 2020 date for re-opening of the borders was not sacrosanct.

Minister of Interior, Rauf Aregbesola, was also in attendance at the meeting which held at the Ministry of Foreign Affairs headquarters, Abuja.

Explaining the conditions, the foreign affairs minister said Nigeria would no longer tolerate repackaging of goods coming into the country.

He said that any goods imported from ECOWAS member states must have the 30 per cent local input in line with the value addition percentage under the ECOWAS Trade Liberalisation Scheme.

Ojukwu’s spirit not happy with Igbo leaders – MASSOB
These conditions, the minister said, would be presented to Benin and Niger Republic at a tripartite meeting scheduled for next two weeks in Nigeria.

He also said that the only travel document allowed for anybody coming into the country through the land borders is the passports, stressing that the country would not accept any other documents such as the identity card.

Onyeama said, “So we (Nigeria committee) met to look at the situation and we have agreed on a set of conditions. Now, these conditions are as follows:

“That it is an absolute requirement of the government of Nigeria that any import coming through our land borders, when those imports transit in goods, that is to say when they are coming from outside the ECOWAS region and imported into an ECOWAS member state, that those goods should retain their original packaging.

“There should be no modification whatsoever to the packaging of those goods imported into an ECOWAS member state destined for Nigeria.”

He added, “They (goods) must be escorted from the port directly to the designated entry point in Nigeria border, so presented to Nigeria customs with the packaging intact and those goods escorted.

“This is an absolute condition that will not be compromised; So any transit in goods coming into this country from transiting ECOWAS member state must ensure that.

“For goods predominantly produced in ECOWAS member states, the rules of origin must be satisfied.”

Onyeama noted that the conditions were aimed at ensuring that the country did not end up a dumping ground.

Besides, he noted that there must be a recognised proper transport system for the importation of goods into Nigeria.

The minister noted that President Muhammadu’s Buhari’s desire was for the underlying issues that informed the border closure and the security drill to be addressed as quickly as possible.

“So in this context within the next two weeks, a tripartite committee is to be convened and hosted here in Nigeria, comprising the delegation committee from Benin Republic, from Niger and from Nigeria.

“So each country will come with the heads of the ministries of foreign affairs, interior, finance, the customs, immigration and the National Intelligence Agency, the security segment. So this meeting will take place within the next two weeks,” the minister said.

Speaking on the ETLS, the FG said the goods coming from outside ECOWAS must have at least 30 per cent value addition from the ECOWAS member states.

The minister stated, “So we would absolutely insist on the respect of ECOWAS rules of origin in ensuring that they actually did come from ECOWAS member states.

…to dismantle warehouses at borders

“We absolutely insist on dismantling of all the warehouses along our common borders with countries with which we have borders within a certain distance from the borders. No more warehouses and we will insist on them being dismantled.

“We would now insist on proper recognized packaging of those goods. No longer would we have goods of all shapes and sizes just going through the borders.

“We are going to have accepted conditions for the packaging of goods that would be transported by roads across our borders to maintain best practices in packaging of those goods.”

On the movement of persons, he explained that the Federal Government would insist that all aliens coming into Nigeria through land borders must present themselves at recognized entry points with recognized travel documents.

“And as far as Nigeria is concerned, recognised travel document means officially passports,” the minister pointed out.

He disclosed that the Customs CG would meet other countries outside the tripartite group (Nigeria, Benin, and Niger) about the steps and conditions for bringing goods into Nigeria.

He acknowledged the steps taken by both Niger and Benin Republic to address the issues around the border closure, adding that Ali was positive that an agreement would be reached with the two affected countries, stressing that, “once an agreement is reached, then we start implementing it.”

“Then we would now agree on what would be the consequences if we do breach the agreement,” he added.

On the reported January 31 date for reopening the borders, Ali said it was an operational deadline.

He noted, “So the issue of 31st January is not a terminal date. If all these things are put together and we reached an agreement, we could even relax these things before the 31st of January.

“So, it is not sacrosanct but it is not a terminal date, we can even surpass January 31st and still hold on to what we are doing.”

On the fear of retaliation by neighbouring countries, especially Ghana, Ali dismissed this, stating that he had a fruitful discussion with the Ghanaian minister of trade who visited the country about three weeks ago.

“I am very sure that the Ghanian government is fully on top of the matter because they do understand and appreciate precisely what we are doing as a nation,” the CG said.

In a related development, the Nigeria Employers’ Consultative Association has called on the Federal Government to address the fundamental challenges of smuggling and insecurity in the country.

Its Director-General, Mr Timothy Olawale, made the call on Monday in Lagos while reacting to the recent announcement to extend the closure of the country’s land borders.

Olawale urged the government to take a broader look at the fundamentals of its assumptions that led to the decision to close the borders.

He said, “If the borders are safe and government enforces the bilateral and multilateral agreements it had signed with other countries, there will not be need to close the borders.

“Efforts should be stepped up to equip the customs to live up to their responsibilities of protecting the borders and nip smuggling in the bud, ” he said.

The NECA official also urged government to ensure that the citizens’ welfare and business prosperity were not sacrificed due to inefficiency in our border policing.

According to him, coordination of fiscal policies should be geared towards enterprise competitiveness, job creation and alleviating poverty against impoverishing the people by such policies of government.

“Despite the many merits that come with the border-closure, we are concerned that the policy comes without any palliative for legitimate local businesses which negates the attempts at alleviating poverty and reducing unemployment.

“The continuous closure also possesses the capacity to render many Nigerians jobless and hungry.

“The policy is more consistent with income generation and not in agreement with the harsh effect it has on households, businesses and investors’ confidence in general.

“Since the advent of this policy, prices of goods, especially food items had increased tremendously, further making the average Nigerian vulnerable as 70 per cent of poor households budget is spent on food.

The Chairman of the All Farmers Association of Nigeria, Mr Femi Oke, Lagos chapter, commended the Federal Government on the continuous closure of land borders.

Oke told NAN in Lagos that the closure had motivated farmers to carry out more production to meet the increasing demands, describing it as a good development.

He said that farmers would ensure that there was food security and also sufficiency because of the involvement of more people in farming.

Oke stated, “We are now coming to realise that it is very necessary for us to come back to agriculture. We discovered that most of the produce done outside the country was coming in illegally and this has encouraged most of our farmers to do more on our production.”

Also, the immediate past chairman of the Poultry Association of Nigeria, Plateau Chapter, Mr John Dasar, told NAN that the closure of borders would boost poultry farming in the country.

Dasar stated, “The closure of our borders will enable Nigerians to consume what poultry farmers produce locally.”

He noted that the closure would also ensure the consumption of more healthy poultry products, adding that most of the imported poultry products posed health hazards to Nigerians.

“Aside from the security challenges that the border closure seeks to address, I think for us poultry farmers, it is worthwhile and a step in the right direction.

“We are happy because it will promote poultry farming, boost the personal income of farmers and the revenue base of the country.

“Just within a short period, the influx of imported products has reduced and the demand for our local poultry products, particularly eggs, has increased,’’ Dasar said.

He, however, called on government to sensitise Nigerians the more, to better understand the rationale and benefit of its decision.

He also advised the government to be diplomatic in shutting down the borders, adding that international trade remained a key means of improving the foreign exchange of the country.

Meanwhile, Ghana’s Minister of Information on Monday, said ECOWAS must swiftly engage Nigeria on the issue of border closure.

A Ghanaian newspaper, www .ghanaweb. com, reported, Oppong Nkrumah, in an interview with journalists, lamented that the border closure was affecting Ghanaian traders.

According to the newspaper, Nkrumah called the situation ‘a terrible one.’ He said a delegation was dispatched to visit the Ghanaian traders who had had their goods locked up at the borders after Nigeria shut its borders in August.

He stated,“It is very important for ECOWAS as a bloc to engage Nigeria on the closure of the borders because moves like this have a way of negatively impacting the West African Economic Integration project,” he cautioned.

According to him, both Ghana and Nigeria’s cabinets are expected to meet between November 8 and 9, 2019 at the next ECOWAS summit to further address the issue.

The newspaper also reported on Monday that Ghanaian traders at Opera Square in Accra locked shops owned by foreigners in the country’s capital.