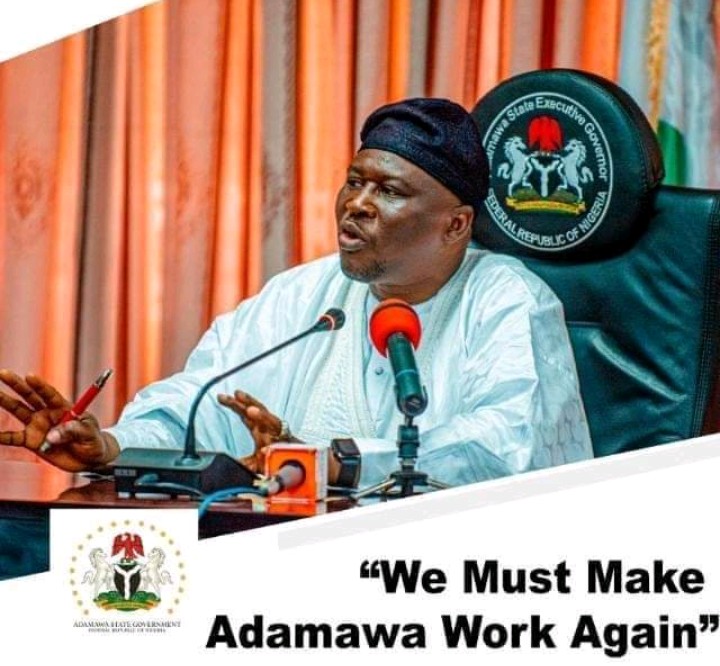 Like the Abacha’s dissolution of the political appointees with the announcement of a “military interim government, he led, the Periscope reporter has received a text message, which directed that all the “Permanent Secretaries in Adamawa state that were not on grade level 17 before their appointments are here by dropped,” Governor Ahmadu Umaru Fintiri.

Those who are supportive of the move argued that it was in line with due process against favouritism, tied to godfatherism.

“Even Dr. Umar Bindir the SSG, during Bindow’s government, lamented over the alarming rate of appointments of Deputy Permanent Secretaries and Permanent Secretaries’ in Adamawa state, where a ministry accommodated multiple of them, thereby suffocating the government that was trying hard to pay salaries as well as execute capital projects.

“Even the Permanent Secretaries, some of them were reported to have tried a matured protest to register their grievances against injustice in placing their juniors who benefitted from acceletated promotion over the longstanding ones, during the previous government.

“We’ve prayed for a radical governor who would be tough on irregularities in payment of salaries, pensions, gratuities, promotions, appointments and employments, God has refreshes our atmosphere with governor Fintiri,” Clement who claimed has been seeking for clemency said.

Those who were not to be comfortable with the move, simply challenged it as anti-Bindow in post-Bindow era.

“It’s an attack on Bindow’s promotions, appointments and employments, no more no less,” Bindow sympathisers lamented.

A literary critic was given a critical thought on how the recent appointment of commissioners would add to the scale of salaries and expenditures of the new Adamawa government that has survived up to six months paying salaries without seeking for bank assistance by means of overdraft.

Dropping of the unquantified appointed permanent secretaries, was closing the window of an extravagant-waste-of-resources that was created by Bindow, was made a renewed line of critical thinking.

“The move could be targeting on cutting down the salary cost to be able to make a soft landing on the N32,000 minimum wage platform a kind of subscription elimination by subscription; commissioners come, perm secs to go.

“It’s hoped that the pronouncement would not be like that of the salary suspension of the Bindow appointed and the Stand-down saga of SPY Yola.

“There have been committees constituted by the governor, it was said. Have the committees submitted for the interpretation and implementation of findings and recommendation? I hope Fintiri isn’t hit by hated heat of haste” a literary critic opined.

Sex for Grades: My lecturer wants me to have her pregnant, I want to graduate with good grade not expelled letter – Student