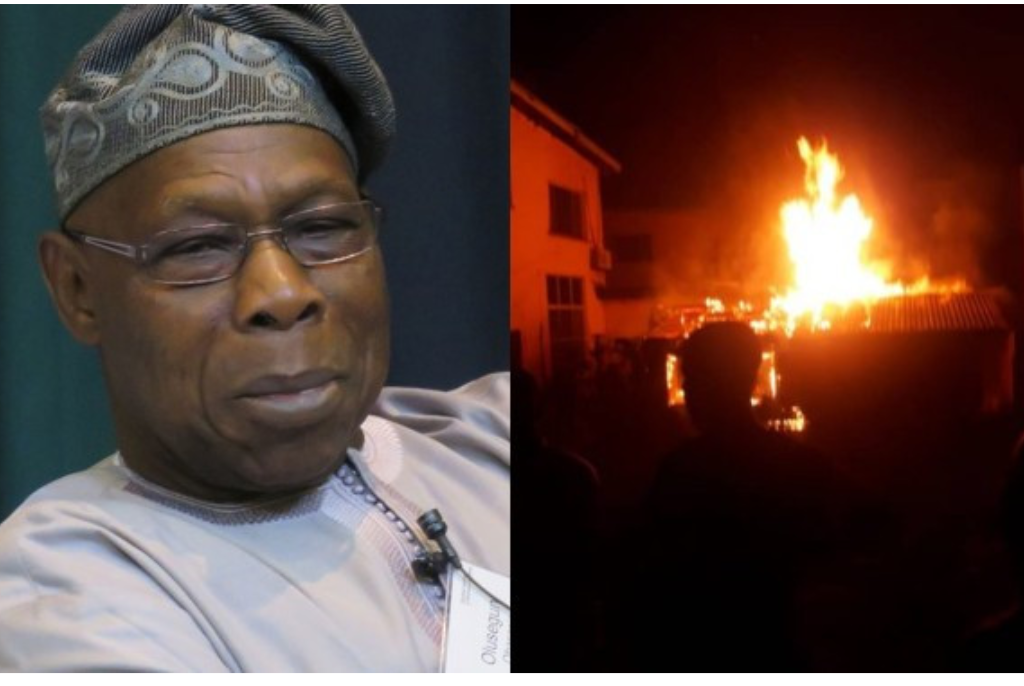 Fire gutted the house of the ormer President Obasanjo, located at Ita-Eko area of Abeokuta about 9:30 pm and it was believed to have been triggered by a power surge.

Residents of the area and sympathisers who trooped to the scene joined Obasanjo’s domestic workers in the house in a frantic battle to put out the fire.

It took nearly an hour to quench the inferno, which spread from one end to another following the harmattan breeze.

The state Director of Fire Service, Fatai Adefala, confirmed the incident but disclosed that the fire affected a store and not the main building in the former president’s compound.

He said officials of the agency swiftly responded to distress calls over the fire about 10:00 pm and succeeded in putting it out