US berates China over inhuman treatment of Nigerians in Guangzhou 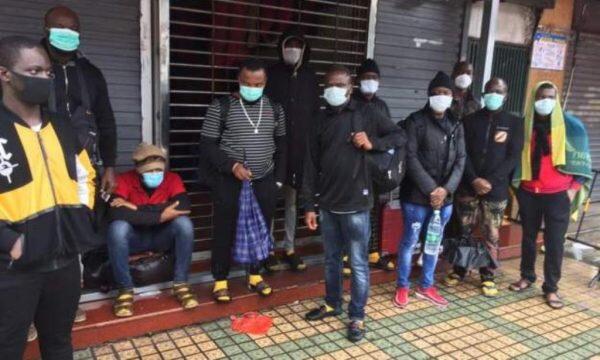 The United States on Saturday accused Chinese authorities of “xenophobia” toward Africans, after coronavirus cases among Nigerians unleashed a wave of evictions in the city of Guangzhou.

The Speaker of the House of Representatives, Femi Gbajabiamila also expressed displeasure over the inhuman treatment meted out on some Nigerians by the Chinese authorities in Beijing.

Scores of Nigerian students and businessmen in Guangzhou were evicted from their apartments and hotel rooms by Chinese authorities.

Africans in southern China’s largest metropolis told AFP they had been kicked out of lodgings and then turned away from hotels over suspicions aroused by the Nigerian cases.

“The abuse and mistreatment of Africans living and working in China is a sad reminder of how hollow the PRC-Africa partnership really is,” a State Department spokesperson said, using the acronym for the Peoples Republic of China.

“At a time when we should be supporting one another to recover from a pandemic PRC officials recklessly hid from the world, Chinese officials are busy evicting African students into the streets without food or shelter.”

The US in recent weeks has denounced Beijing’s lack of transparency at the start of the coronavirus epidemic, which was first detected in late 2019 in the Chinese city of Wuhan, saying it delayed action in the rest of the world resulting in thousands of deaths.

Despite a recent truce in their war of words, skirmishes have continued between the two world powers already locked in a long-term strategic confrontation.

“It’s unfortunate but not surprising to see this kind of xenophobia towards Africans by Chinese authorities,” the State Department spokesperson added.

“Anyone who watches Chinese engagement in projects across Africa recognizes this kind of abusive and manipulative behavior.”

The treatment of Africans in Guangzhou also drew an expression of “extreme concern” Saturday from the president of the African Union.

Since coming to office in 2017, the administration of President Donald Trump has shown little interest in Africa. But it has repeatedly warned about China’s intentions in the continent, arguing that its investments and loans to African countries are less than friendly.

“Promises made to Africans, including those who work and study in China, are never kept as advertised,” the State Department spokesperson said.

“To treat people -– especially students — this way during a global public health crisis says everything about how the PRC views their so-called ‘partnership’ with Africa.”

Meanwhile the Nigerian Embassy in Beijing, China says the government was now prepared to evacuate her citizens from China