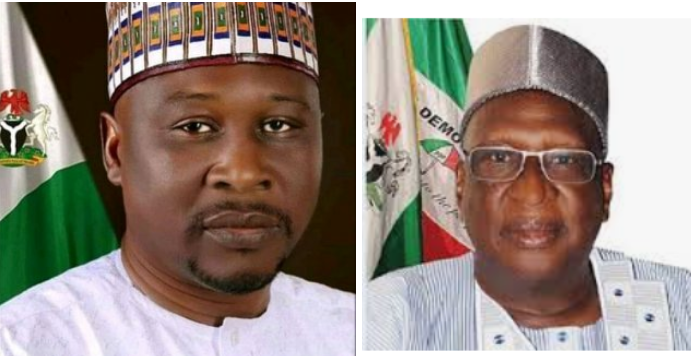 In a Press release Tuesday, issued by the Press Secretary to the Governor, Mr. Humwashi Wonosikou, Fintiri “hopes that the Elder Statesman’s 85th birthday, like his lifetime, is full of love from family and friends, unbridled joy, unforgettable moments and ultimately, happy memories”.

He Described Bamanga Tukur as a quintessential Businessman and politician who made a difference in service to Nigeria and the state in different capacities with the whole of his heart.

2023: Presidency must be zone d to the southwest, Adamawa…

Governor Ahmadu Umaru Fintiri noted particularly his tenure as National Chairman of the PDP, saying he offered himself for service at a difficult time and succeeded in uniting the party.

You were able to carve a niche for yourself in the annals of Nigeria’s Democratic progress and prayed that your 85th birthday brings the joy, peace and health that comes with a life well lived.

“Tto us, you shine like a brilliant gem flourishing in all great endeavors,” Fintiri said.

While describing him as an illustrious son of Adamawa, Governor Ahmadu Umaru Fintiri payed glowing tribute to his outstanding service, which cannot be forgotten easily wishing him a happy birthday..

Monarchy In Maiha: Again Idi fears he will not have fair hearing over criminal charges Against Him

2023: Presidency must be zone d to the southwest, Adamawa Gov to the central –…