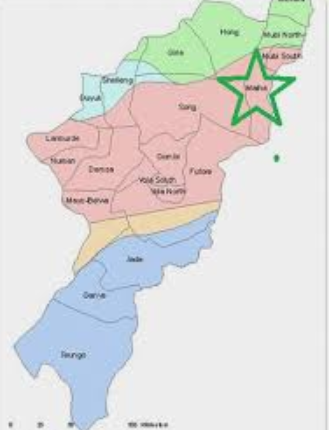 By The Periscope Reporter

This peace initiative, the Periscope editorial articulated, should not be a dream of any better time than now when the northern senatorial district of the state has been liberated from the complicity to conspiracy and occupancy of Boko Haram insurgents.

When the LG chairman, Hon. Idi Ali Amin, a Peace Ambassador, with a view to combating banditry and kidnapping with impunity, initiated and hosted an international peace and security summit that has yielded positive results with the arrest of inter-border bandits and kidnapper kingpins.

When the Appeal Court, sitting in Yola, finally and totally halted any form of impersonation, fantastic executive dictatorship and fascist nay coercive imposition if an unfashionable impostor to disorder the historic order with hypocrisy, complicity to conspiracy for anarchy against the monarchy for a new rather unfascinating order-turned cock and bull story in Jalingo-Maiha, so disheartening, distasteful and disinteresting to relate.

When the citizens are in communion, having committed to devotion in total submission to the will of the Creator to restore peace, love and unity and chased the hypocrites and anarchists away from the district and indeed the local government.

A time when the district headship of Jalingo-Maiha district, where the headquarters of Maiha local government is situated is legitimately decided by judiciary means, in tune with the Mubi Emirate Council selection, the choice of the legitimate, peace loving, peace living people of the district, making also the God’s choice.

The Federated Peace Group comprised of the following peace groups:

To be able to run the activities of the group effectively and and efficiently, the FPG members have, based on consensus, selected their executive members.The list is as follows:

The president of the group, Prince Abdussalaam Abubakar revealed that FPG is in tune with the philosophy of MCRP

“The objectives of the Multi-Sectoral Crisis Recovery Project are to:

“(a) To support the Government of Nigeria towards rehabilitating and improving critical service delivery infrastructure, improve the livelihood opportunities of conflict and displacement-affected communities, and strengthen social cohesion in the North East Participating States of Borno, Yobe and Adamawa; and

“(b) In the event of an eligible Crisis or Emergency, to provide immediate and effective response to said Eligible crisis or emergency.

“The focus is on: transitional support toward stabilization and self-reliance by increasing and improving the access to basic necessity kits, and restoring immediate access to productive assets by providing agricultural inputs and livestock for farming families and trading commodities for non-farmers.

“The second component is the infrastructure rehabilitation and service delivery restoration and improvement.

“This component will include the rehabilitation of critical physical infrastructure and the sustainable restoration of service delivery.

“The third component is the technical assistance and program management support. This component will include TA for:

“(a) strengthening the institutional capacity for the coordination of the programmatic recovery program, in line with the Buhari Plan and the RPBA.

“(b) strengthening the MCRP implementation capacity. Support for overall programmatic and policy coordination at the federal, interstate, and intrastate levels will include the provision of TA for the development of implementation and performance management frameworks for programmatic recovery.

“Finally, the fourth component is the contingent emergency response. This component will have no funding allocation initially and will draw resources from”.

Commenting, the office of the Country Deputy President, United Nations-POLAC Northern Nigeria commended the project, saying that “it is an initiative Maiha local government authority should support generally and generously”.