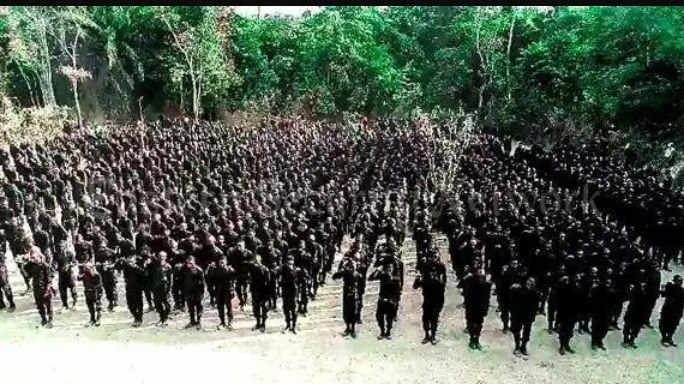 The Indigenous People of Biafra (IPOB) has floated a security outfit for the South East and South-South regions.

IPOB said its move to establish Eastern Security Network (ESN) was owing to the failure of governments of the two regions to set up regional security outfits like their counterparts in other regions despite the worsening insecurity in the country.

ESN is expected to ensure safety in every forest and farmland in the old eastern region against rampaging criminal activities.

The Media and Publicity Secretary of IPOB, Emma Powerful, stated that the group could not continue to wait endlessly while women were continually raped and slaughtered by terrorists. “We can’t watch helplessly while those we are agitating to liberate from bondage are gradually being eliminated by terrorists.”

He added that the intention of the outfit was “not for the forceful declaration of Biafra”, stressing that it would continue to ask for restoration of Biafra in accordance with international laws.

“The outfit, which is a vigilante group like the Amotekun in the South West and the Hisbah Police in the North, will ensure the safety of our forests and farmlands, which terrorists have converted into slaughter grounds and raping fields.

“We, therefore, advise every robber, kidnapper, and other criminals to steer clear of Biafraland or brace up for the worst. We must defend Biafraland, no matter the price,” Powerful stated.

Reacting to the development, apex Igbo socio-cultural organisation, Ohanaeze Ndigbo, said it was in support of whatever could be done by any group to secure the people, as long as such followed due process.

National Publicity Secretary of Ohanaeze Ndigbo, Chuks Ibegbu, stated that nowhere in the country was safe, stressing that Nigerians must rise to protect themselves in accordance with the law.

Alluding to the recent kidnap of pupils in Katsina State, he said: “Whatever could be done to safeguard our people is supported. Whatever any group can do to secure the area is welcome, as long as they do it with due regard to the laws of the land.”