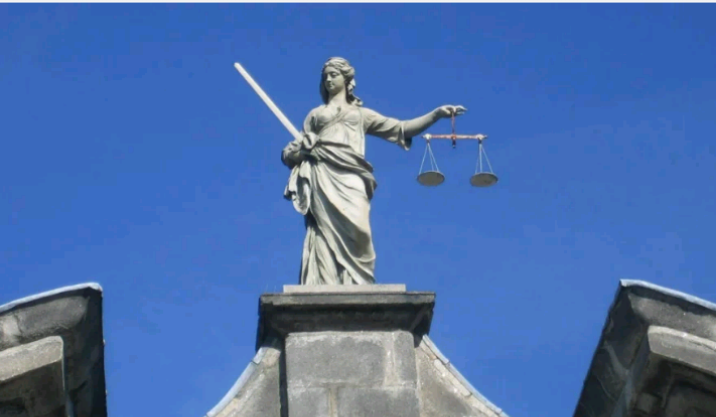 The arrested and investigated codeine addicted civil servant with Adamawa state ministry of health and human development attached to health service management board, Mubi, Festus Stephen was arraigned for murder and robbery.

The codeine criminal Stephen, currently standing trial at a High Court in Yola, presided over by Justice Helen N. Hammajoda, was accused of stabbing a 300 level student of Adamawa State University (ADSU), Mubi by name Abbas Mohammed Gudus, whom he called a friend and went away with his iPhone.

The criminal Stephen was facing trial on 2 counts charges, boredrering robbery while armed with offensive weapons contrary and punishable under section 1(2) (b) of the robbery and firearms (Special Provision) act cap R11 laws of the Federation, 2004

The codeine-a-ted criminal claimed that, it was not a robbery but a use of whatever means necessary, to reclaim what belonged to him from his friend that resulted to what he would consider as accidental murder.

The accused codeine-a-ted murderer explained that the friendship with the murdered codeine taking colleague way back 2011 when Gudus the murdered used to play host to the a colleague in codeine terms, he never knew would send him to great beyond.

The murderer said that after the meal and the codeine abuse, the murdered brought out an iPhone from his pocket to call his father.

According to the murderer, it was the iPhone the murdered sold to him at the cost of N40, 000 but the murdered failed to give him in spite of all pleadings and requests.

The murderer said It was an opportunity opened to him to collect his iPhone by whatever means knife necessary.

The murderer said that he brought out a knife frim his pocket and slits the neck of his codeine abuse colleague to death.

The never remorseful murderer took the iPhone and a packet of cigarette from the murdered pocket and left the scene taking a tricycle.

According to the murderer, he switched off the handset until the following day. He called the father of the deceased but was unable to speak.

The case was reported to the relevant security agency; investigation eventually led to the arrest and conviction of the murderer.

The question that is remained to be asked is, whether or not the codeine-a-ted criminal has evidence and/or witnesses to testify the transaction between him and the murdered.

The case, which came up on Thursday for hearing was further adjourned to the 24th February, 2021 as the news Platform can reveal.

Policewoman sacked for getting pregnant will be investigated, IGP says